AA names the UK’s best hotels and restaurants for 2022 (so which is on YOUR staycation bucket list?)

By Jo Tweedy For Mailonline

A dog owner has captured all the emotions of a hungry dog denied their favourite snack during a train journey.

Four images, which have gone viral on social media, perfectly capture the frustration of the moment you spot a snack – in this instance, a packet of prawn cocktail-flavoured crisps – before it slowly dawns it’s not yours for the taking.

In images shared by @hugoandursula on Instagram – and re-shared by Walkers crisps ambassador Gary Lineker – a beautiful golden retriever is seen staring through the gap between two seats at the passenger behind.

Scroll down for video

A longing look: The golden retriever makes eye contact with the owner of the packet of Walkers crisps 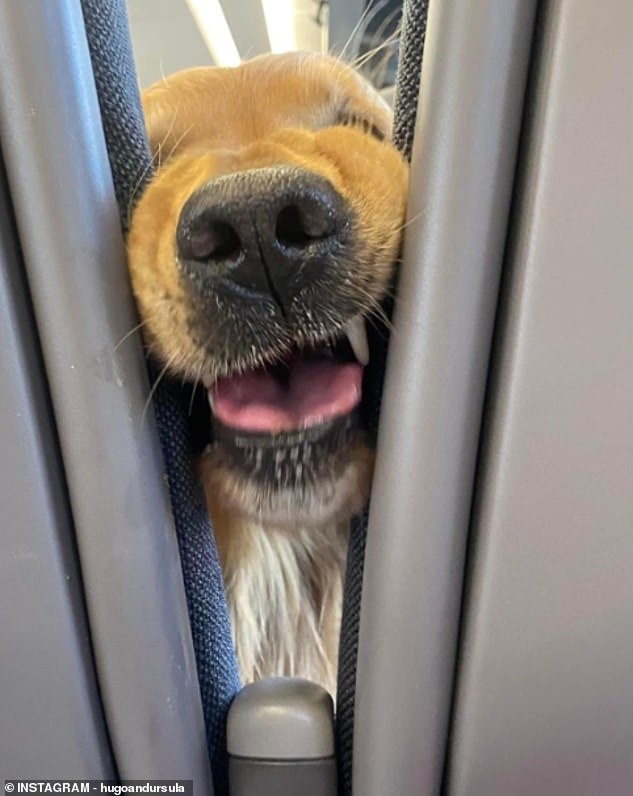 With the dog’s eyes firmly on the prize, the pooch stuffs their nose through the gap in the seats

The next frame sees the eager dog launch forward, stuffing its nose through the gap in pursuit of the snacks seated on the tray behind.

Upping the ante in the third shot, the retriever then unleashes its tongue, clearly showing their desperation to reach said snacks – and being just a few inches from claiming them. 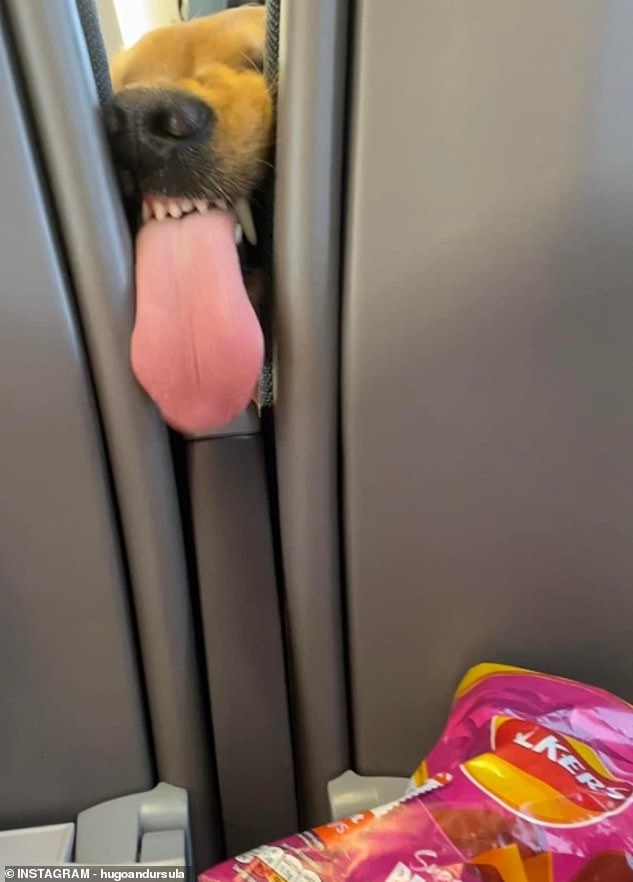 So close, yet so far: The frustrated pooch – just inches from the snack of their desire, lolls out their tongue in a bid to reach them 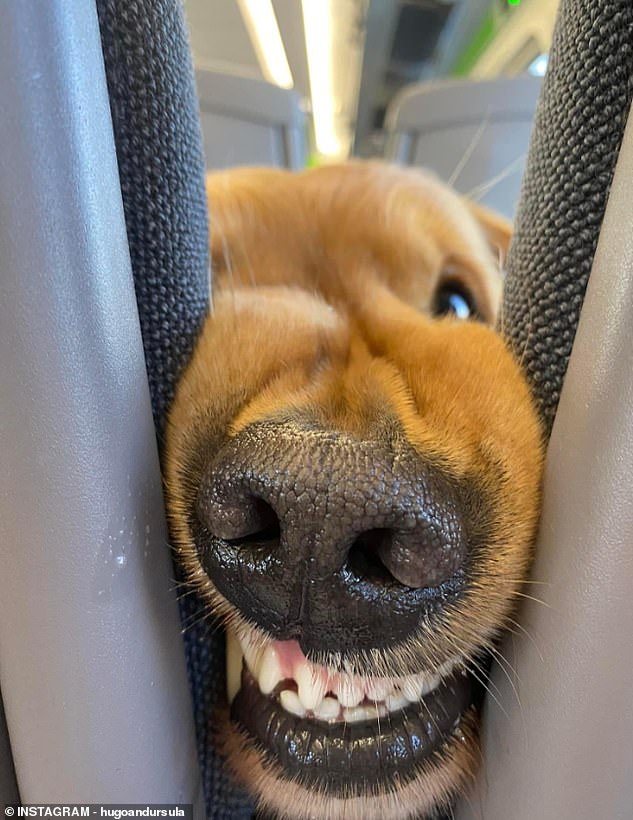 Not funny any more: The hangry dog bears their teeth at the rail passenger refusing to give up their crisps 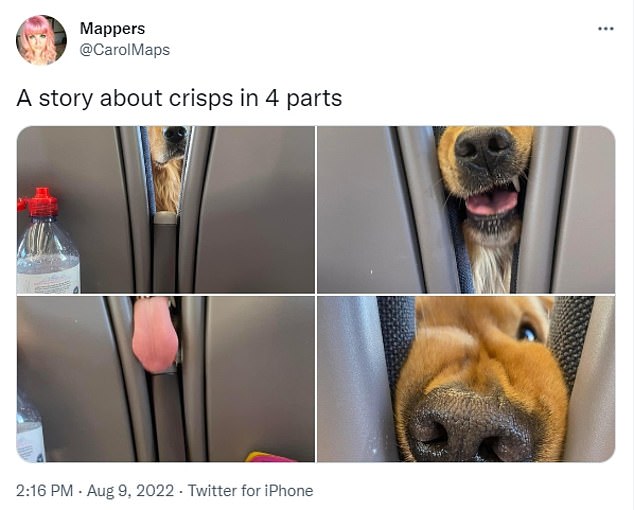 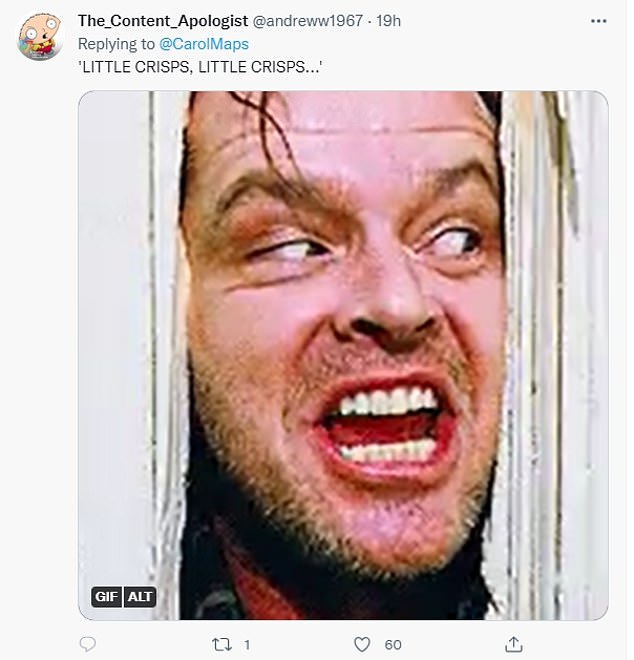 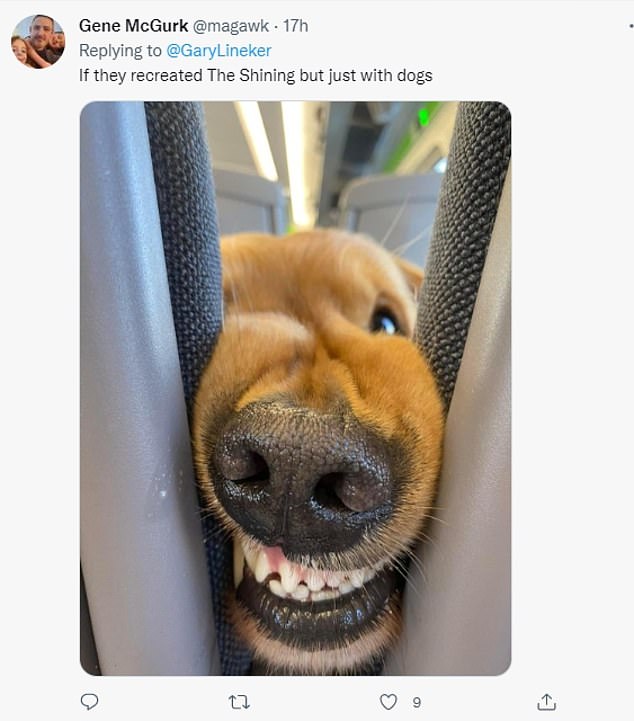 Finally, left frustratingly unsated, the dog shows the passenger not giving up the potato crisps a set of gnarling teeth – with some posting memes comparing the look to Jack Nicholson’s iconic face through the door moment in cult 1980 horror film The Shining.

Legions of dog lovers left commented on the photo montage, with many thoroughly invested in the outcome.

@awpchristie bolded up their tweet, writing: ‘I NEED TO KNOW THE ENDING’ while @Elektrickery wrote: ‘Did it have a happy ending? For the dog, obvs.’

@ChasingtheMind was one of many who said the retriever deserved the treat, penning: ‘Give. Him. All. The. Crisps.’