Why you should be drinking Greek wine: An expert guide

How to visit in a respectful way

“Greek wine has the greatest affability to food of any country,” says Evan Turner — Photo courtesy of Krasi Meze and Wine

Greek wine is having a moment. Take it from wine director – and Greek wine expert – Evan Turner at Krasi Meze and Wine in Boston, Massachusetts.

“Everybody is far more adventurous with wine, spirits and food,” says Turner. “Everyone wants to try something new and exciting, and to be on the cutting edge. That’s been great for Greek wine.”

Turner’s first brush with the country was over 40 years ago. To this day, he still recalls the vivid details, from conversations to aura, of his first meal in Greece.

Turner went on to train as a sommelier and established Helen Greek Food and Wine in Houston, Texas. Since opening in 2015, Turner’s witnessed an uprise in Greek wines, especially in restaurants with 100 percent Greek wine lists throughout the country – he mentions Taverna Khione and Emilitsa, both in Maine, Taxim in Chicago and Milos Wine Bar at Hudson Yards in New York City.

Turner says the majority of Greek labels that make it stateside – around 85 percent – are from producers that are no more than two decades old. He clarifies, however, that the earliest winemaking in Greece dates back 6,500 years.

“There are all these beautiful old vineyards sitting around in Greece,” says Turner, who explains that when the Ottomans invaded Greece, families were still allowed to make wine for their personal use, so farmers planted vineyards in their backyards.

These are the vineyards that still exist today; some vines are as old as 400 years. Turner elaborates that due to the isolation of these vineyards, the vines avoided the phylloxera outbreak in the 1800s, and thus preserved these “unbelievably old” vines that produce grapes rich in flavor and history.

Turner emphasizes that it’s these indigenous grapes, along with the terroir, that are responsible for Greek wine’s most recognizable qualities: high acid, high tannins and lower alcohol (the average ABV runs between 12.5 to 13.5 percent).

“Everybody thinks of Greece’s beaches and white houses with blue roofs, and it’s actually one of the most mountainous nations in the world, with a lot of their soils sandy and volcanic in nature,” says Turner. “To enumerate them, Greek wines tend to be less jammy and fruity – whether they’re reds or whites – and more about these wonderful secondary flavors of earthiness, minerality and herbaceousness.” 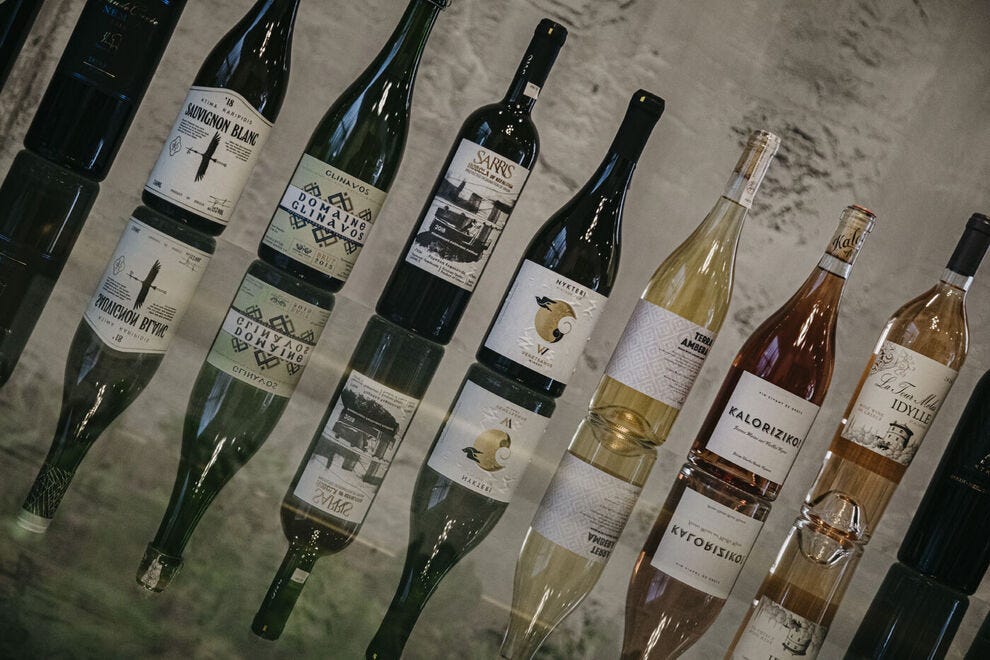 As for what’s not in the wines, Turner explains that sugar is not added during the winemaking process, and new oak is used sparingly for aging, favoring stainless steel, used or “neutral” oak, instead. Wineries also tend to harvest early due to temperamental weather in the mountains, and in less volume, due to family-run constraints.

These minimalist techniques lend themselves to prominently natural, organic and biodynamic wines. The trending organic and biodynamic wine movement, therefore, creates a favorable opportunity in the market for Greek wine, in addition to the ongoing acceptance of orange wines. Turner says it’s these two movements, as well as the ability of sommeliers to exhibit the wines to customers, which will permit the category to thrive.

“It’s not a question of the quality of the wines, it’s a matter of getting them into customers’ hands,” emphasizes Marc Provencher, owner of Taverna Khione in Brunswick, Maine. “Most people who come in do not know about Greek wines or the grapes. It’s all about educating them.”

Education is especially important surrounding the grape varieties, with tongue-twisting nomenclature, like assyrtiko, aidani, limniona and moschofilero. Whether you’re a first-time consumer of these wines and unable to pronounce them or perhaps visited Greece and enjoyed a variety but don’t recall the label, Provencher suggests this difficulty as one of the hurdles for the category to overcome.

“If you have a wine that you like and cannot pronounce the name of the grape, you’re probably not going to remember it for the next time,” says Provencher.

When it comes to educating diners at Krasi, Turner’s method is to relate the wines to familiar varieties. For white wines, Turner likens the crisp minerality of Santorini’s assyrtiko to “the child of a stunning Sancerre and a bone-dry riesling.” Malagouzia, from northern Greece, is a richer, rounder variety that presents tropical notes and stone fruit on the nose and palate, similar to viognier.

Moschofilero from the Peloponnese (one of the coldest growing climates in all of Greece) is aromatically floral, like a white blend from Alsace, where you get notes of gardenia, jasmine, cinnamon and clove on the nose, but on the palate is bright and clean with a dry finish. 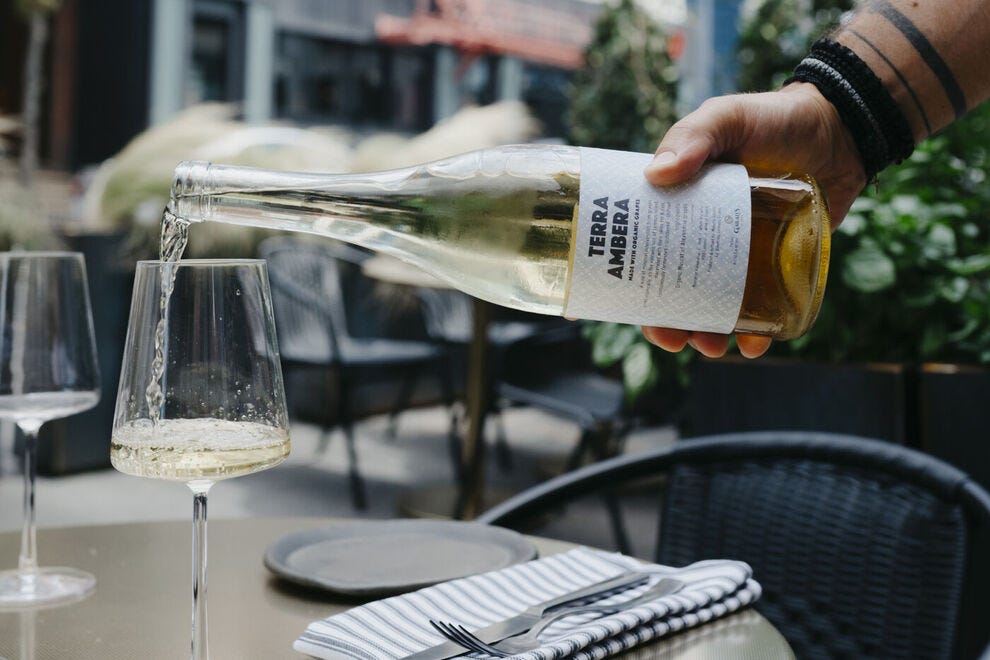 As for reds, agiorgitiko (originally from the south) is the most widely planted Greek red grape, frequently blended with Bordeaux varietals; its light to dark cherry notes draw comparisons to Chianti classico or Rioja reserva.

“It’s a great red wine to give to someone if they’ve never had Greek reds because it’ll feel the most familiar,” explains Turner.

Limniona, from just south of Mount Olympus, is reminiscent of an earthy pinot noir from Oregon. Lastly, xinomavro frequently gets compared to nebbiolo for its high acidity and tannins that Turner says “pairs gloriously with long-cooked meat dishes you so frequently see in Greece.”

In fact, Turner advises that all Greek varieties allow for exceptional pairings due to the meze style of cuisine the country is renowned for. “Greek wine has the greatest affability to food of any country,” says Turner. “Greek cuisine in general was never a one-plate, one-course meal, we pile stuff in the middle; so you’d want to make wines for that!”

As Greek wines continue to garner popularity in the United States, back in Greece, Turner hopes to see more oenotourism throughout the country. The Peloponnese currently draws the most attention for wine aficionados, but Santorini, Nemera and Crete are also authoritative starting points to a self-guided tour.

Turner predicts the eruption of wineries from lesser-known regions of Greece to continue to revolutionize the category.

He concludes, “Using rare indigenous grapes, from various far-flung areas across both the islands and the mainland, these wineries are at the vanguard of new Greek winemaking. They are the future.”