10 unique pies and where in the U.S. you can find them

Cabin baggage war: are airlines or passengers fuelling the conflict?

There’s one dessert that people almost never turn down: pie! The world of dessert pies is diverse – some pies are creamy, some are fruity, some are nutty. No matter how you slice it, they’re all sweet and delicious. Here are 10 unique pies from around the United States that you should try. 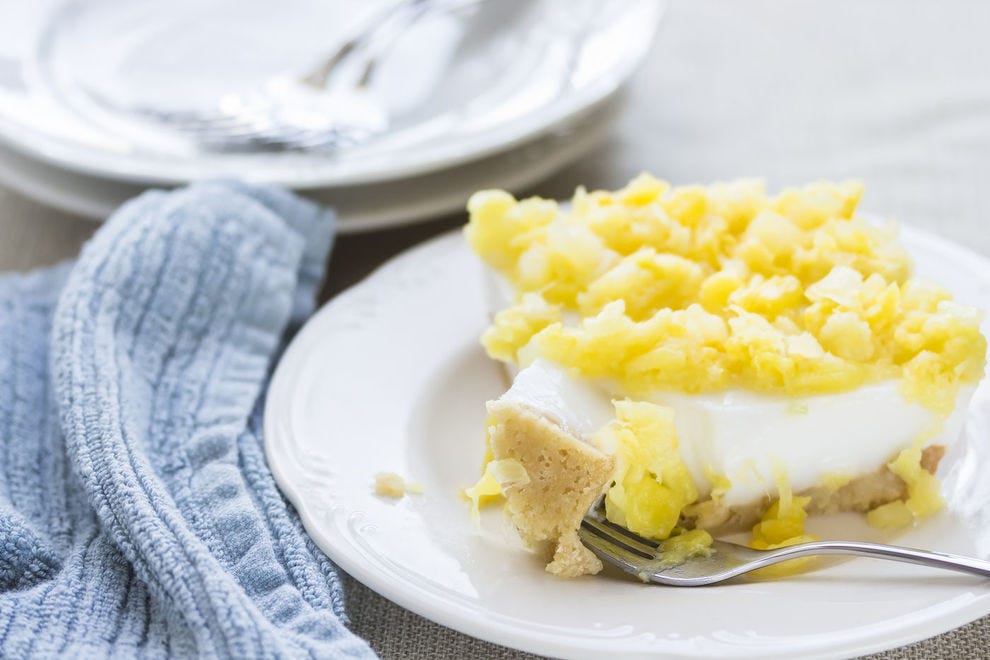 Similar to a coconut cream pie, Hawaii’s haupia pie is made with a coconut pudding. It’s a no-bake dessert, which is perfect when you’re on a tropical island. The haupia pie has a layer of coconut cream custard and is topped with whipped cream and garnished with coconut flakes and chocolate shavings.

Chocolate haupia pies, which have a bottom layer of chocolate custard beneath the layer of coconut cream custard, are also pretty popular. It’s a pie with island vibes and a festive spirit. 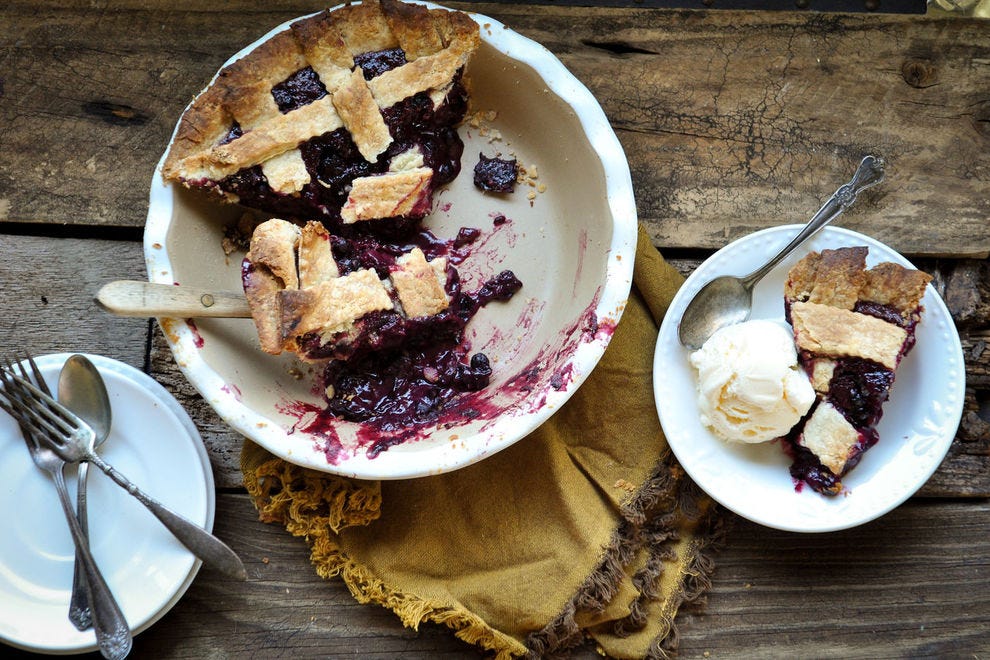 Huckleberries are prevalent throughout the Rocky Mountain region, and are one of the most popular fruits in Idaho and Montana. They’re similar to a blueberry, and range from sweet to tart in flavor. Because huckleberries are so common out West, they appear in all types of sweet treats, including ice cream, jams and, of course, pie.

Like most fruit pies, the process of making a huckleberry pie requires mixing the huckleberries with sugar and a dash of lemon or other citrus fruits to bring out the sweetness of the berries. Some recipes call for tapioca which helps thicken the pie filling after it’s done baking. 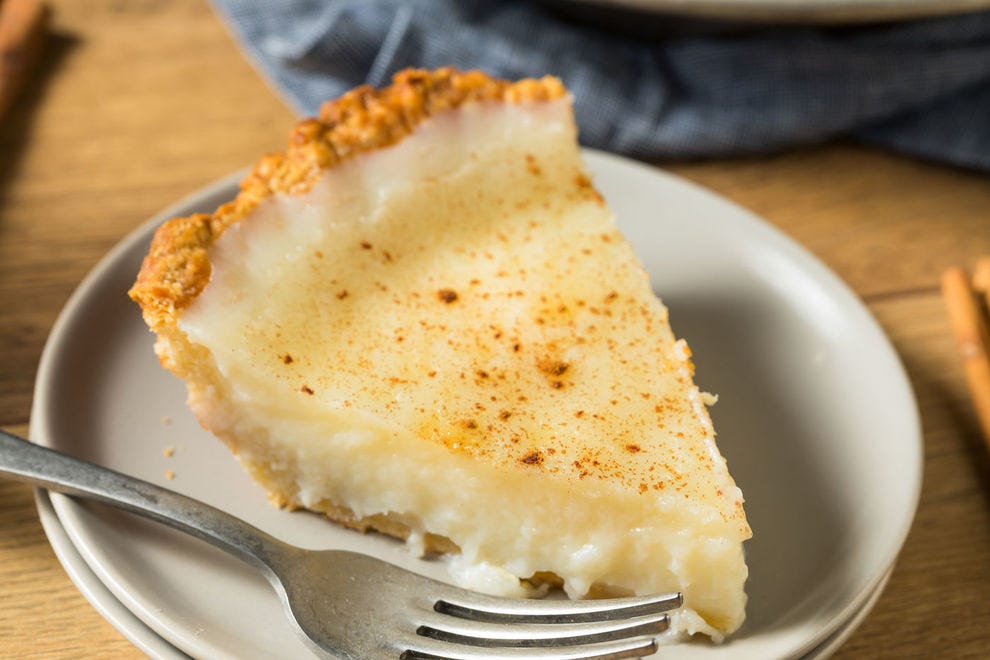 The sugar cream pie is considered the unofficial state pie of Indiana. Also known as the Hoosier Pie, it’s made simply with milk, sugar, butter and cornstarch, and is seasoned with a bit of vanilla extract, ground cinnamon and sometimes nutmeg.

It’s a simple pie that has been a holiday staple in Indiana homes since the early Shaker and Amish communities settled in the state. 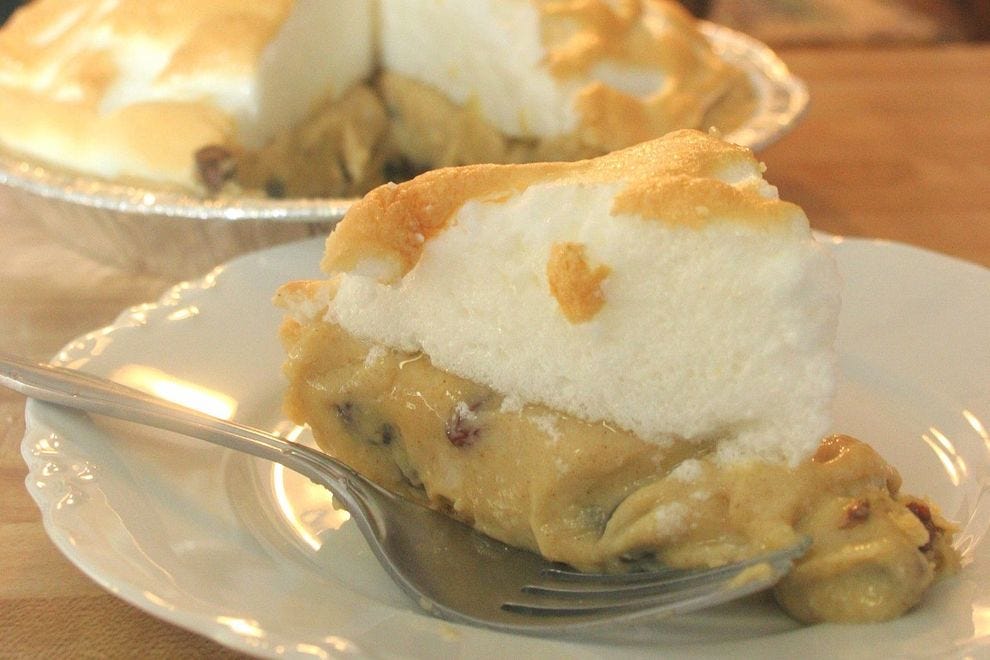 Raisins are hit or miss for some, but in Iowa, they’re a home run treat! This state fair favorite is also a popular dessert for the holidays. A creamy custard mixed with raisins is baked in a pie shell and topped with a layer of meringue. It may seem like a bizarre blend of flavors, but they do go quite well together. 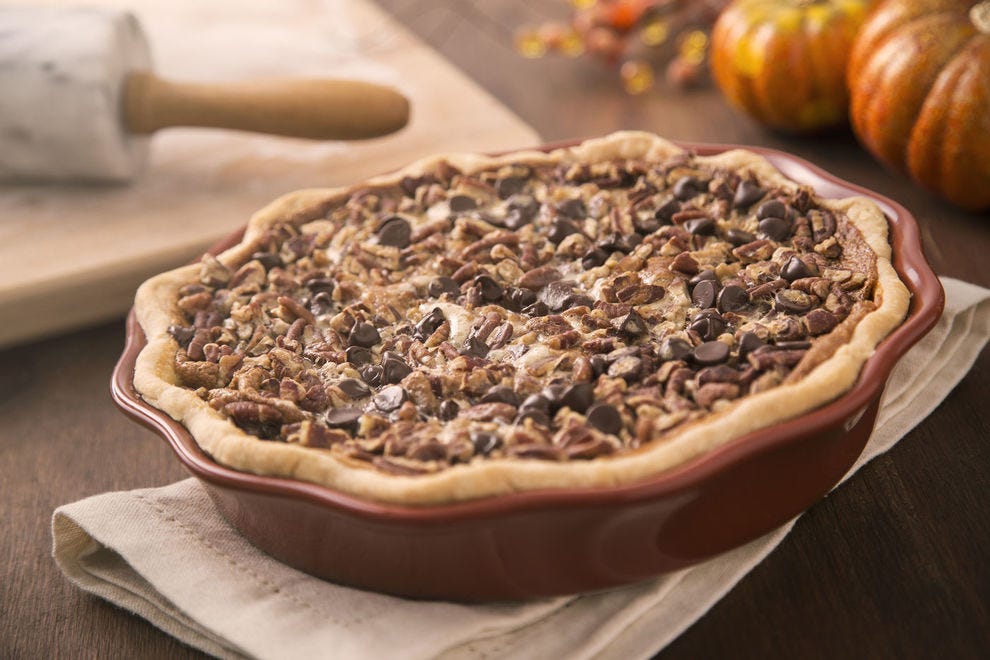 Pecan pies are very popular in the south, but leave it to Kentucky – a state known for its bourbon – to also add bourbon to this classic pie. Chocolate and pecans are a perfect pair, but when bourbon is brought into the mix, its sweet caramel and barrel-aged flavor really brings out the nuttiness of the pie. 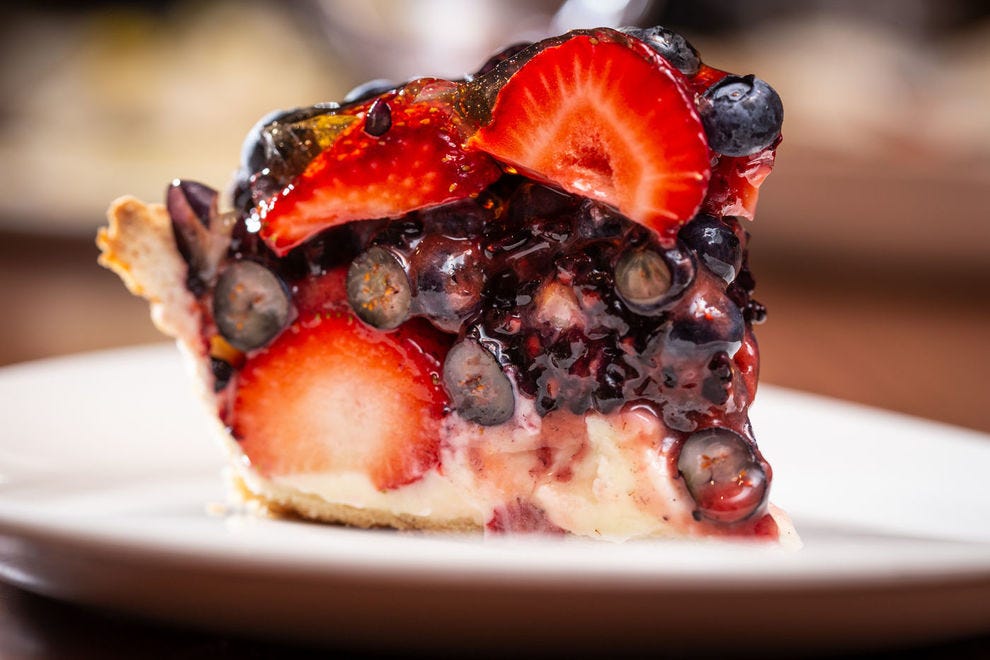 There is no such thing as a bumbleberry. The bumbleberry of bumbleberry pie is actually a mixture of berries that are found throughout North and South Dakota, similar to what’s found in Canada where the pie originated. It can be a fruit mixture including rhubarb, raspberries, strawberries, blueberries and even huckleberries.

Whatever is available gets mixed together in a pie crust and served as a sweet and fruity dessert throughout the Dakotas. 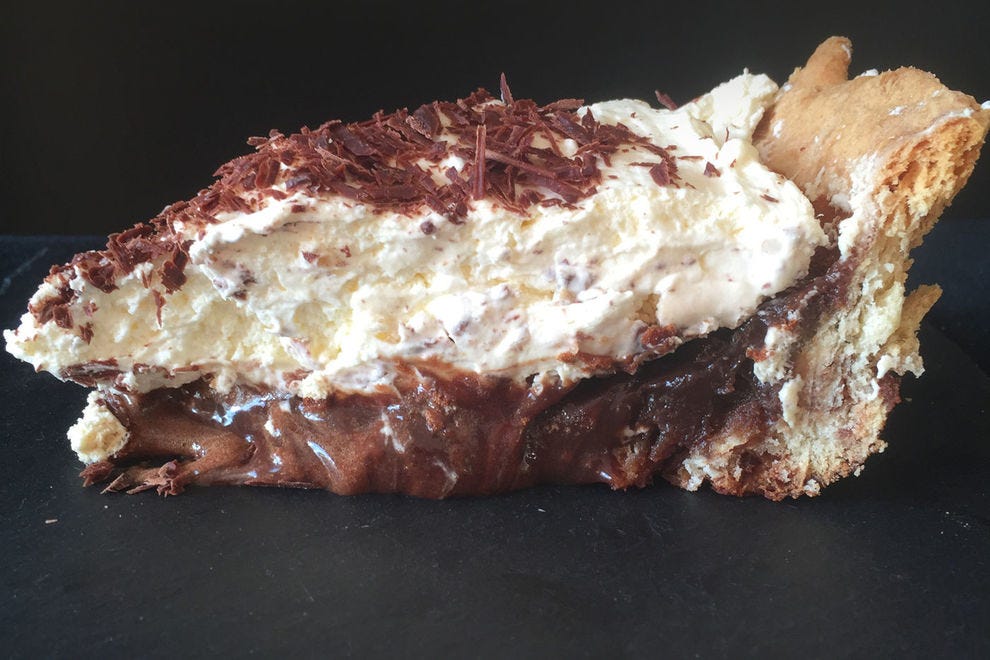 The history of the Mississippi mud pie is debated, but what we do know is that it’s a dessert created with thriftiness and frugality in mind. It’s a richly sweet dessert made with simple ingredients and served in a no-fuss manner.

It’s supposed to be a little messy, hence the name “mud pie.” This gooey chocolate pie is topped with cream and is a popular dessert any time of year. 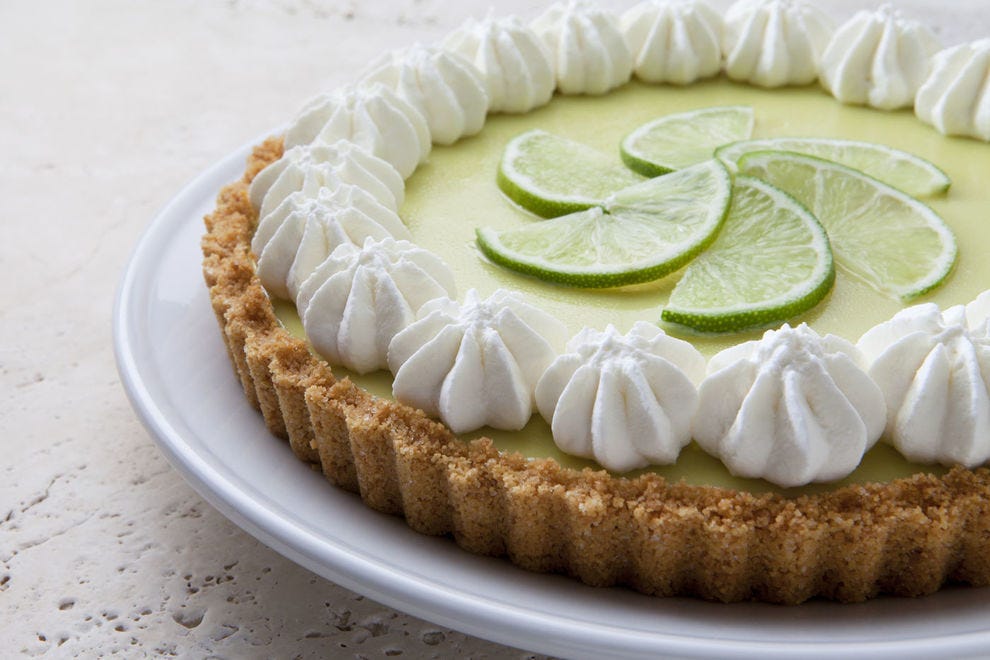 Key lime pie is as synonymous with Key West as Hemingway’s six-toed cats. Recipes for it (and similar variations) date back to the 1800s. Because Key limes, which are found throughout the Florida Keys, are considered to be among the sweetest, juiciest and most fragrant lime varieties, it quickly became the region’s most beloved crop.

Key lime pies are made with a cream mixture of lime juice, lime zest, sour cream and condensed milk. Most of the time, this tart and creamy dessert is baked in a graham cracker crust and is topped with whipped cream or sometimes a meringue. 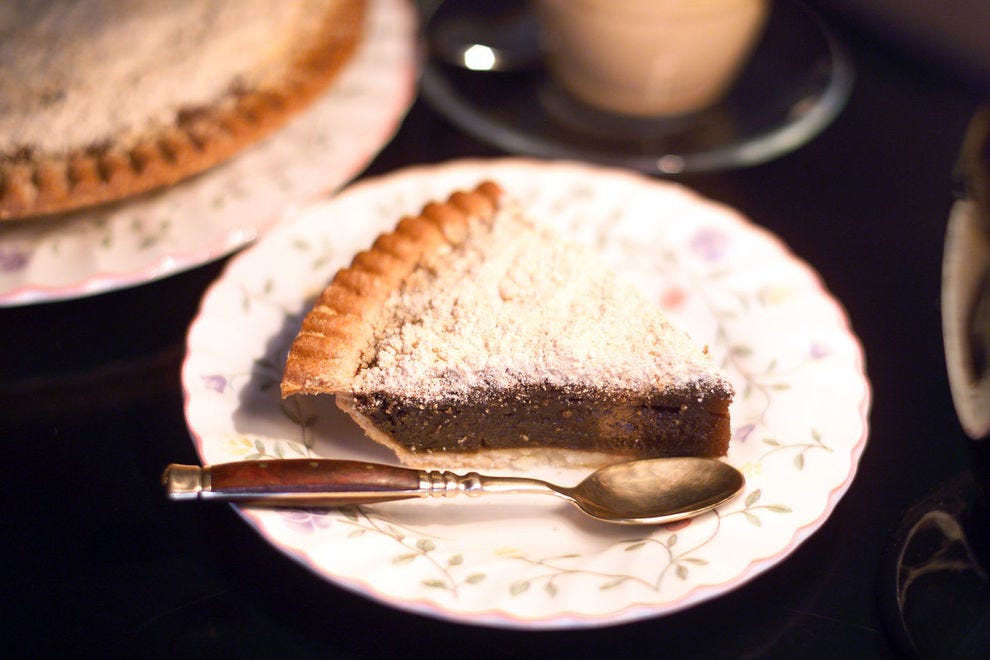 One of the most iconic desserts in the Pennsylvania Dutch culinary tradition is the shoofly pie. It’s made with a molasses filling and topped with sugary crumb. There are two varieties that locals really love: dry-bottom and wet-bottom. 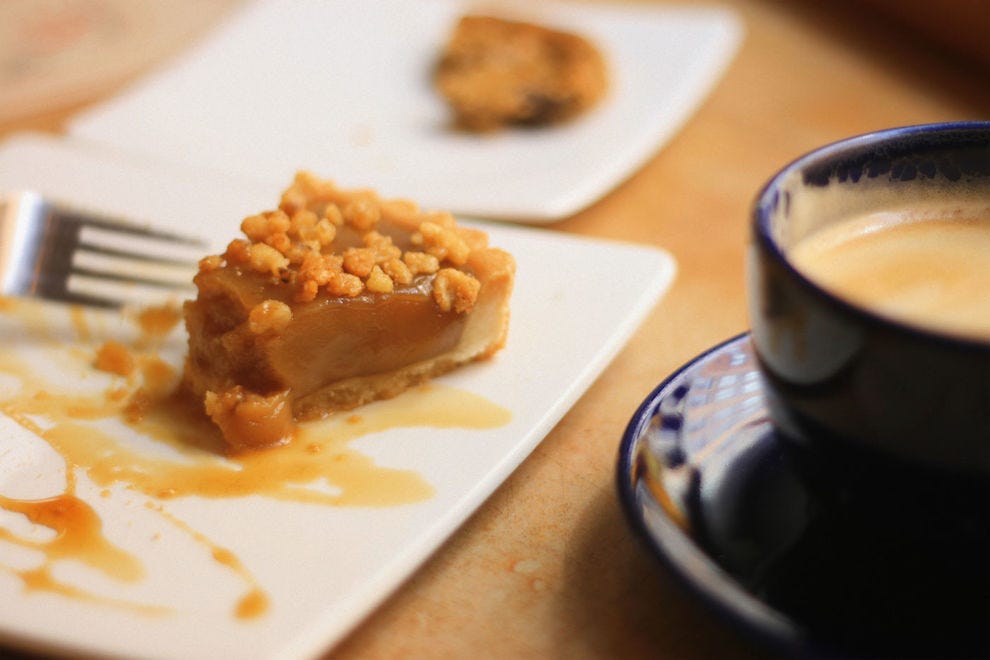 Though maple syrup pies are common in Canada, one of the world’s largest maple syrup producers, the delightfully sweet pie has made its way stateside, mostly in other maple syrup-producing states like New Hampshire and even Vermont.

The filling is simply maple syrup made creamy with butter, whipping cream and eggs, and thickened with flour. It’s a pie with all of the maple sweetness of maple syrup.