Why are some vegans okay with eating oysters? [Answered]

Why Reading was more of a community than I ever realised

Animal protein isn’t quite as disqualifying as you might think when it comes to veganism. While the general consensus is that good and proper vegans should subsist entirely on a diet of plant-based foods, there are some outliers to this.

For example, honey is frequently excluded from lists of banned foods, owing to the fact that it is initially floral in origin, if by way of a little bee ingestion and regurgitation. And a growing number of vegans carve out a head-scratching exception to another type of food entirely: oysters.

How can a person committed to not eating animal products justify the consumption of oysters? Well, it all boils down to some long forgotten sixth grade science class lessons. Though oysters definitely fall somewhere within the animal kingdom (in the superfamily Ostreoidea, to be exact), some argue that they are more akin to plants.

Oysters on the half shell — Photo courtesy of iStock / Larry Zhou

Consider the sessile (immobile) nature of the oyster, for starters. And then there’s the fact that oysters lack a central nervous system, casting their ability to think and feel – at least in a manner that humans can make sense of – into doubt.

Even the famed ethicist Peter Singer has written in “Animal Liberation” that “One cannot with any confidence say that these creatures do feel pain, so one can equally have little confidence in saying that they do not feel pain.” Oyster-eating vegans once again suggest that this makes the animals more plant-like than we otherwise assume.

While oysters might not have brains in the vertebrate sense, they do possess some comparable organs to humans. Chief among these are an oyster’s heart and its kidneys. Beyond that, things get questionable though, with ganglia and nerve cords rounding out the animal’s main organs. You can see how a vegan on the verge of pescetarianism might be inclined to see more differences than similarities when they look at an oyster. 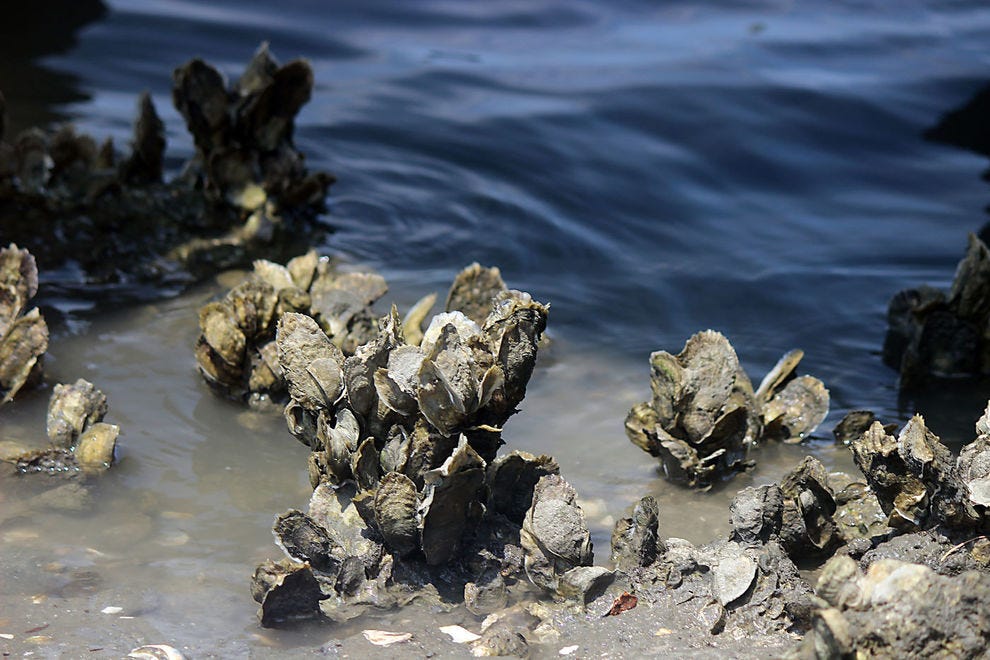 There are some surprising environmental justifications for oyster consumption as well. Some 95% of the oysters that make their way onto those round beds of ice in restaurants the world over are farm-raised.

And unlike the farms that spring up atop newly deforested land, or even the gigantic dairy farms that contribute enormous amounts of methane into the atmosphere, oyster farms are distinctly beneficial in nature. That’s because oysters are essentially living water purifiers.

A single oyster is able to filter five liters of water each hour. And it takes just an acre of underwater land to raise 750,000 of the little guys at a time.

Entire non-profit organizations are even dedicated to the creation of additional oyster farms as a means of preserving acceptable water quality for other marine life to continue thriving under the increasing encroachment of the human world into the wild. No waterway-polluting fertilizer is used in oyster farms, and no land must be cleared to make space for them to grow.

In this way, the cultivation of oysters, fueled by commerce for the sake of eating them, is a net positive for the environment, if not the individual oysters themselves. Other bivalves – like clams, scallops and mussels – require the disruptive dredging of the sea floor in order to collect them. 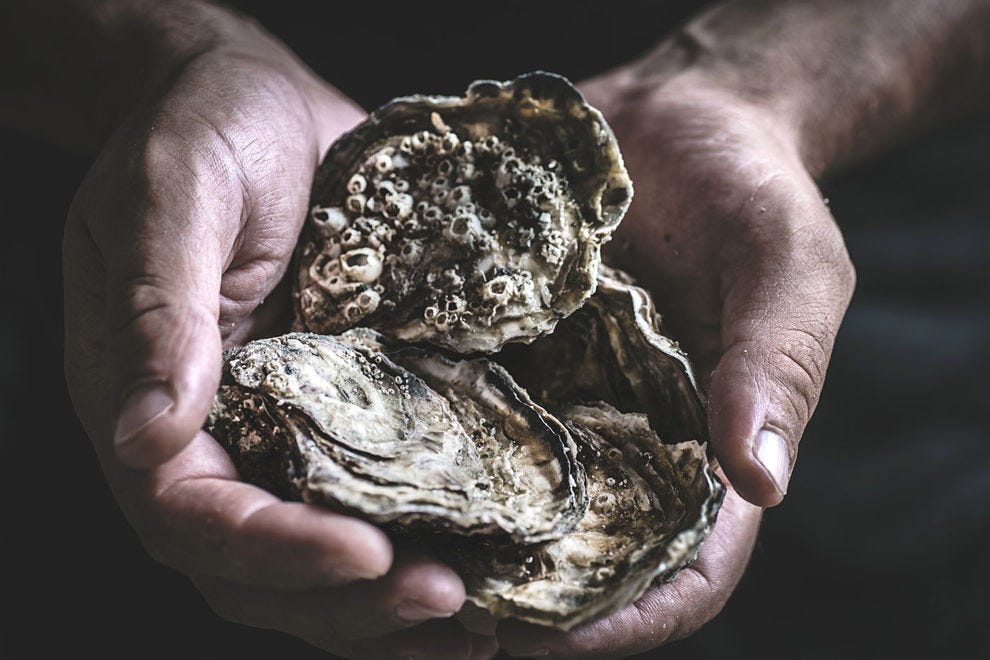 The last major justification for dining upon oysters is that they are actually quite safe to consume. Because oysters are most frequently eaten raw, The United Nations Food and Agriculture Organization (FAO) has published detailed instructions on oyster depuration that are widely followed wherever oysters are farmed.

What is depuration, you ask? The removal of fecal matter from within the animal’s shell by way of a two-to-three day filtration process in vats of purified water. This ensures that oysters, unlike most animals that humans consume, are generally as close to sterile as you can get before they ever touch our tongues.

Still, not every critic is convinced that oysters are an appropriate fit for consumption, let alone by vegans. It wasn’t all that long ago that the great thinkers of the day argued that other mammals couldn’t feel pain in the way that humans do, or experience emotions. We now know that to be false.

And even more recently, the same argument was made about amphibians and fish. And once more, in both cases, we’ve since learned that not to be true. So should oysters be eschewed by vegans? Only time and science will tell.