The best of French Polynesia in 21 photos [virtual tour]

The winter sun holidays with blazing hot deals, from the Caribbean to Tenerife

Tahiti, a series of 118 islands in the South Pacific, is known for its white sand beaches, overwater bungalows and spectacular sunsets. But there’s more to this French Polynesian destination than the idyllic images conjured up in our travel daydreams. Come along as we take a closer look at the Islands of Tahiti through 20 stunning photos. 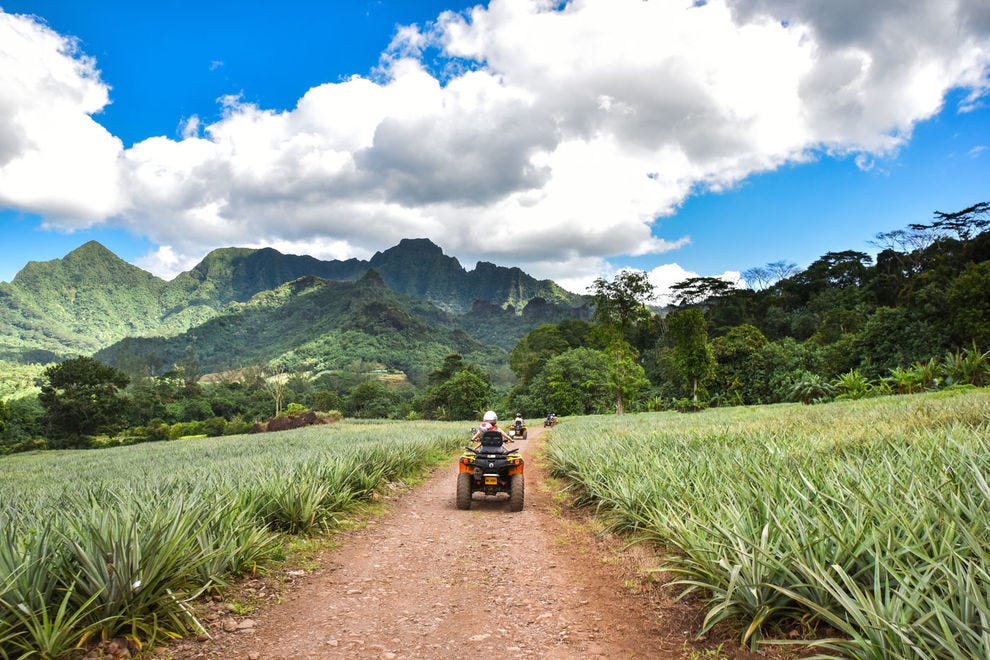 While the islands of the South Pacific are rightfully known for their beaches and turquoise waters, there’s plenty of adventure inland as well. ATVs and quad bikes allow visitors to explore the mountainous inner isles. Eight summits tower above Moorea, an island popular with adventure travelers for its hiking, horseback riding and four-wheeling opportunities. 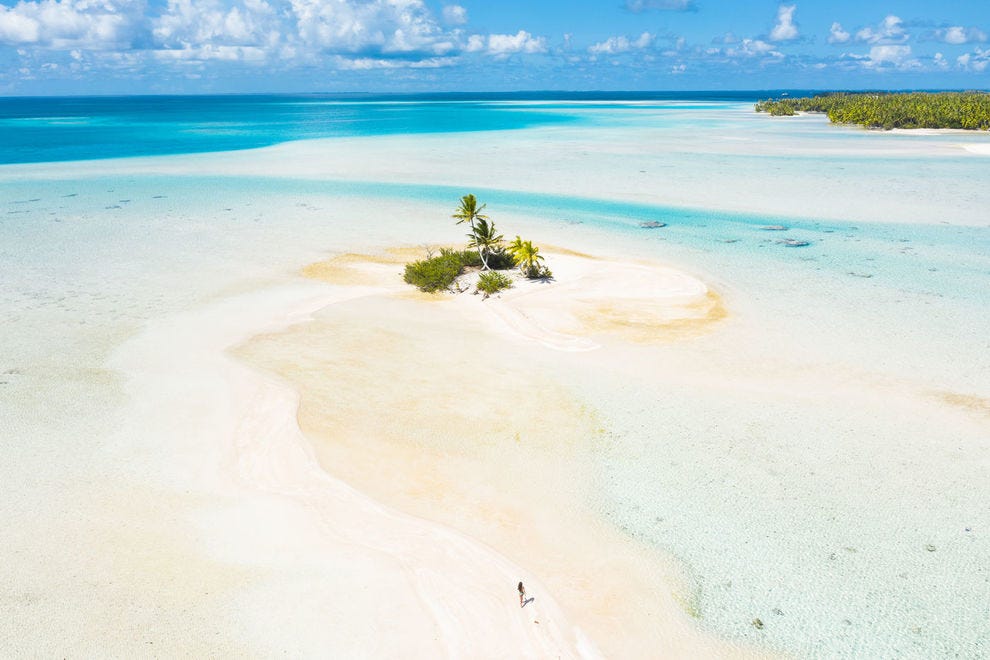 The Tuamotu Islands comprise 77 atolls spread across 930 miles, making them the largest chain of atolls on the planet. Islets form a ring around the lagoon of Fakarava, a designated UNESCO Biosphere Reserve. This relaxed atoll, the second largest in French Polynesia, is a land of white and pink sand, coconut palms and legendary snorkeling. 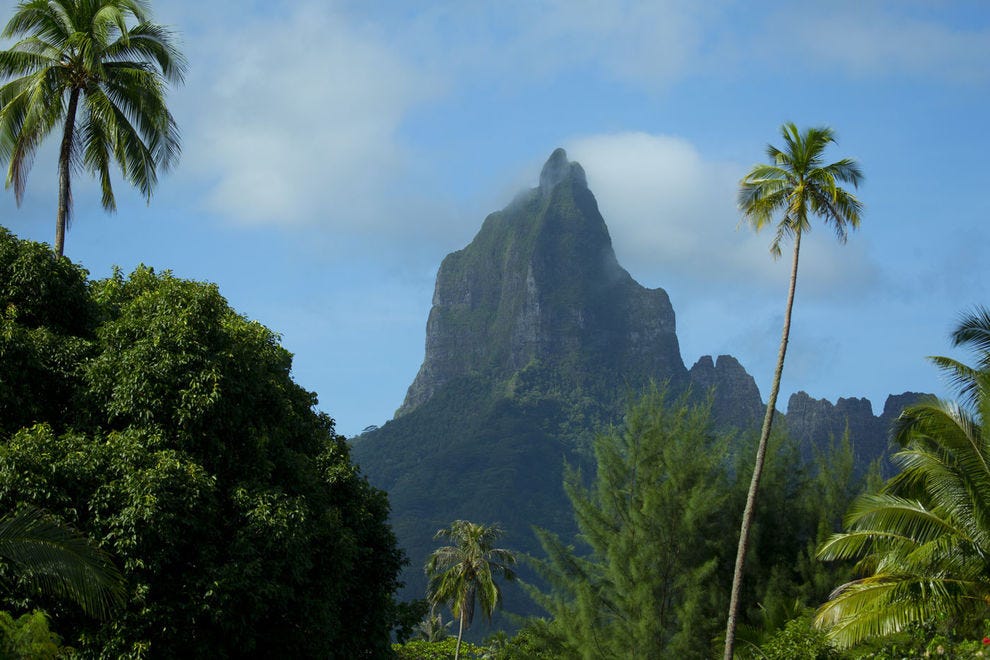 The Society Islands are home to the country’s three most famous islands: Tahiti, Bora Bora and Moorea. The emerald green spires of Moorea have been likened to a cathedral. And Mount Tohivea, the highest point on the island at 3,960 feet, can be seen from as far away as Papeete on Tahiti. 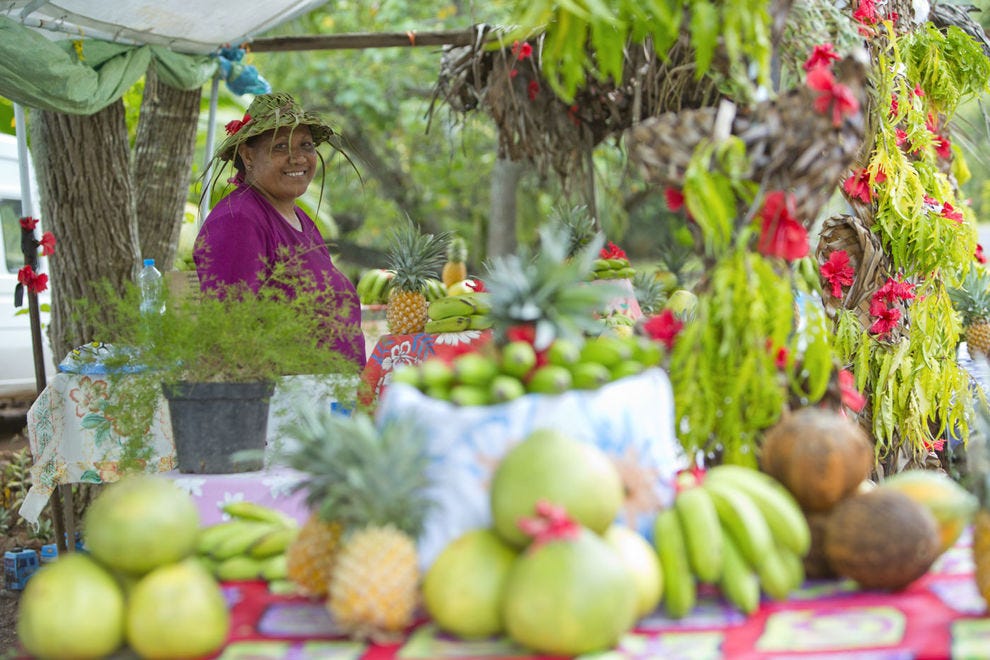 Tropical weather throughout the year allows farmers in French Polynesia to grow a wide variety of fruits, vegetables and spices throughout the year. Visit a fruit market on one of the islands to sample coconuts, dozens of varieties of bananas, breadfruit, watermelon, pineapples, mangoes, grapefruit and limes.

Look for Tahitian vanilla to feature in desserts across the island. 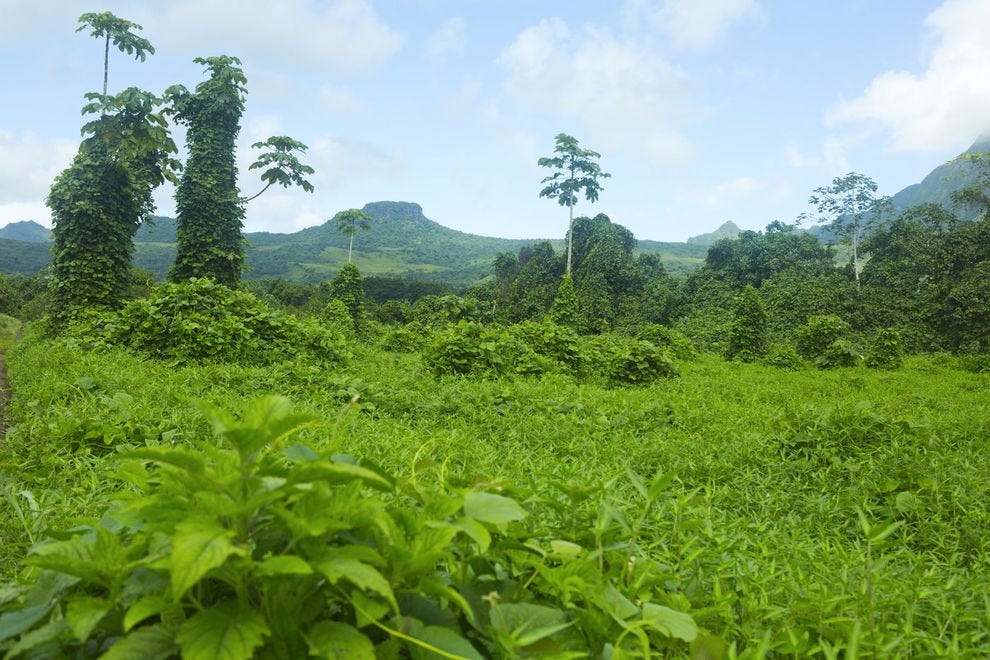 Raiatea, also part of the Society Islands, was the point from which Polynesians set off on outriggers to explore the Pacific, settling as far away as Hawaii and New Zealand. The green-blanketed island is considered among the most sacred in the region, the spiritual center of Polynesia. 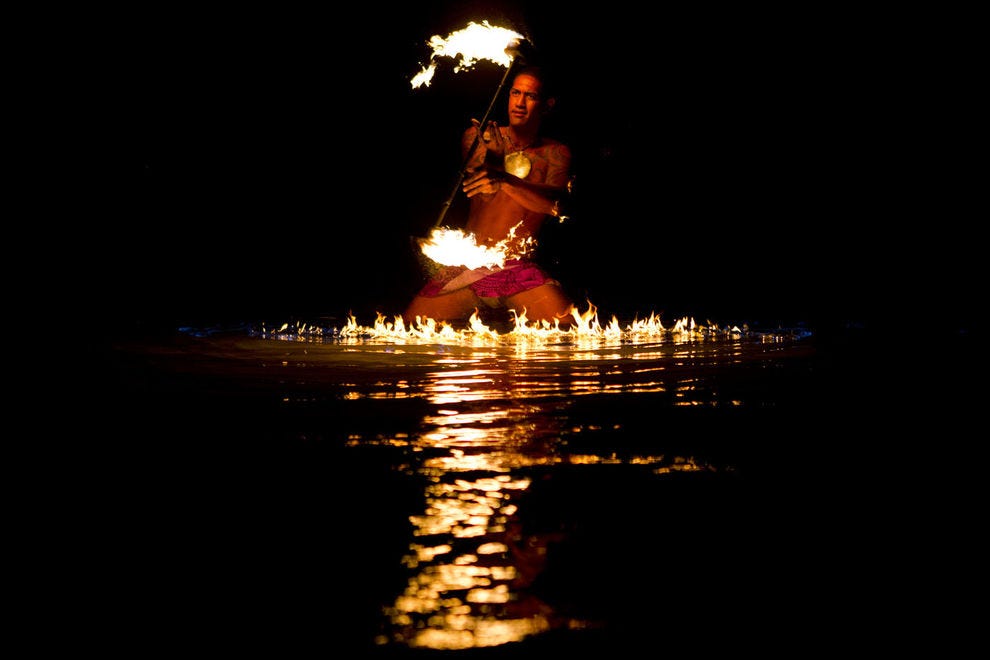 The tradition of fire knife dancing originates in Samoa, when it was part of a ritual celebration during wartime. Fire wasn’t added until 1946, when Samoan dancer Freddie Letuli took inspiration from a Hindu fire-eater and decided to incorporate fire into his own performance. These days, the fire knife dance is typically practiced during shows and competitions. 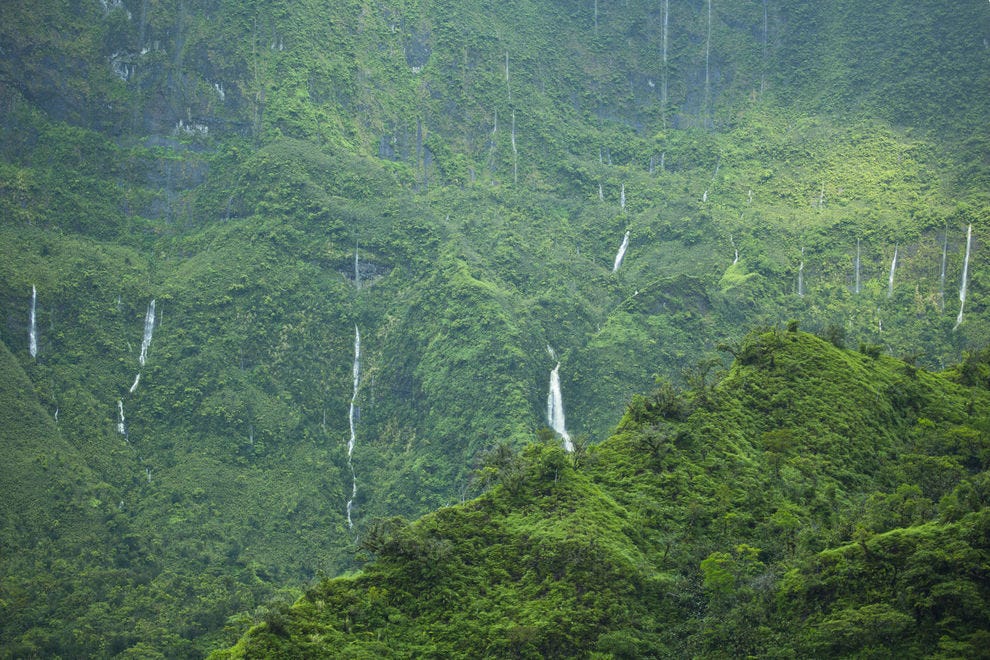 The island of Tahiti is the largest island in French Polynesia and the site of its capital, Papeete. Much of the island’s population lives near the coast; the pristine interior is dominated by green peaks and waterfall-filled valleys. 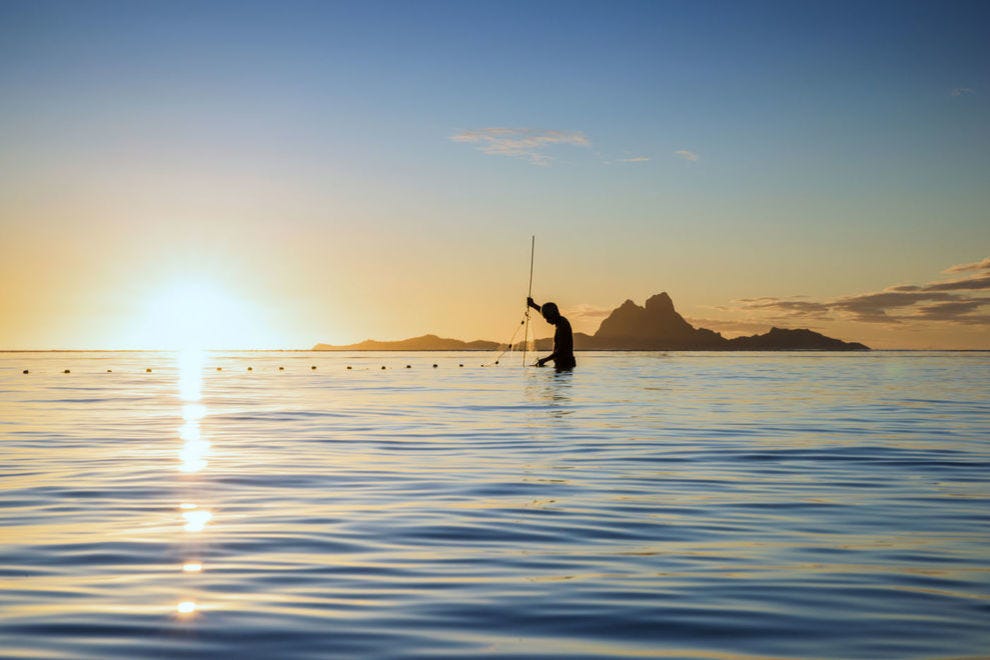 Bounty of the sea

The oceans and lagoons of French Polynesia serve up a bounty of seafood, with perch, parrot fish, grouper and mahi mahi often making an appearance on dinner plates. Poisson Cru, the national dish, features red tuna marinated in lime juice and coconut milk – a South Pacific take on ceviche. 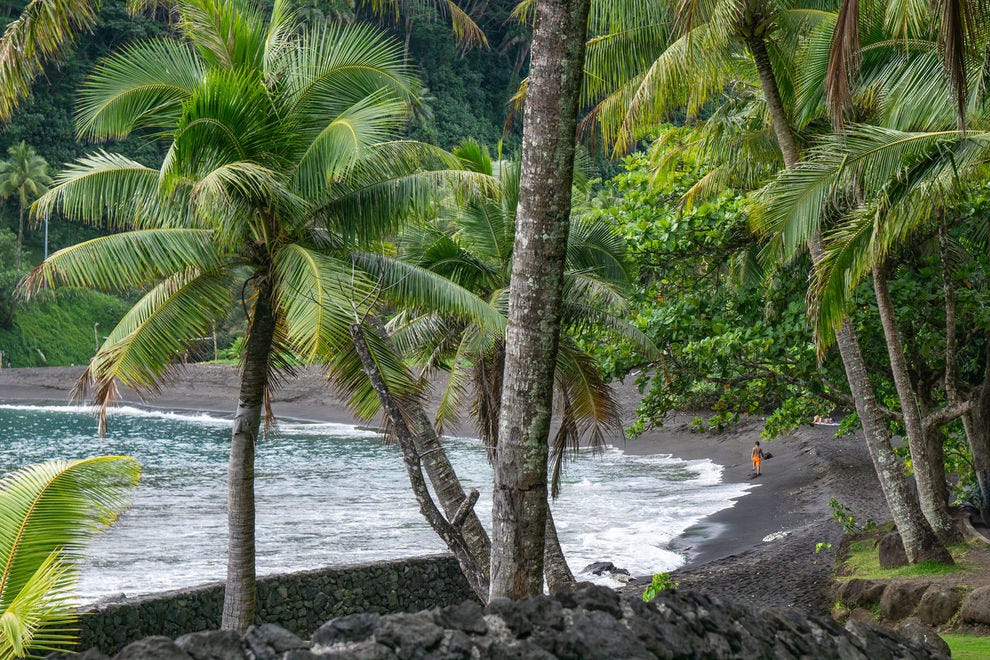 The island of Tahiti features some of the world’s most spectacular black sand beaches. The long Plage de Taharuu on the South Coast caters to families and novice surfers with its gentle breaks and good swimming conditions. Lafayette Beach, a narrower stretch of black sand, looks toward Moorea across Matavai Bay. 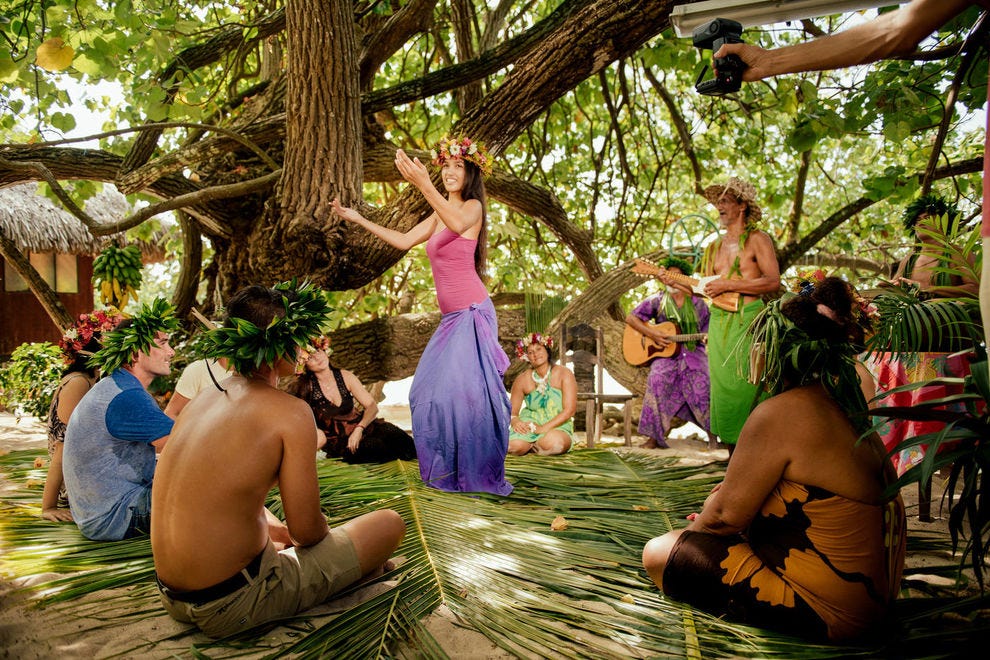 Music and dance hold a prominent position in Tahitian culture. While similar to Hawaiian hula at first glance, Tahitian dance is typically very athletic, with fast, energetic hip movements and little upper body movement. Both men and women participate, sometimes separately and sometimes together, depending on the dance. 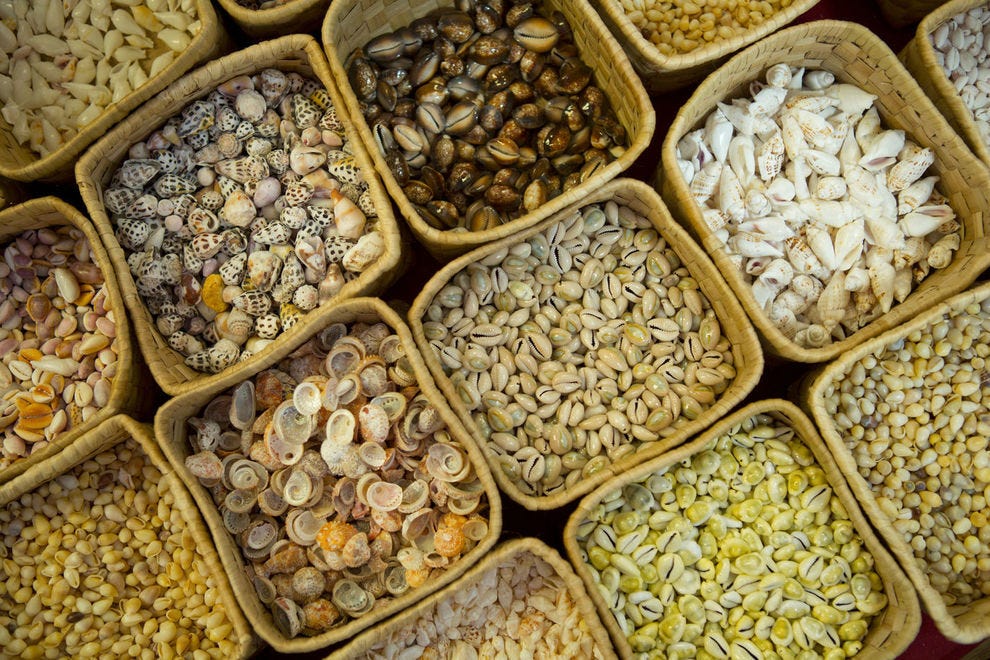 Much of the culture of Tahiti centers around the sea, and that includes the jewelry. The residents of the Tuamotu Islands are particularly gifted at making items from shells and mother-of-pearl. They have plenty of materials to work with as the islands produce some 9.7 tons of pearls each year. 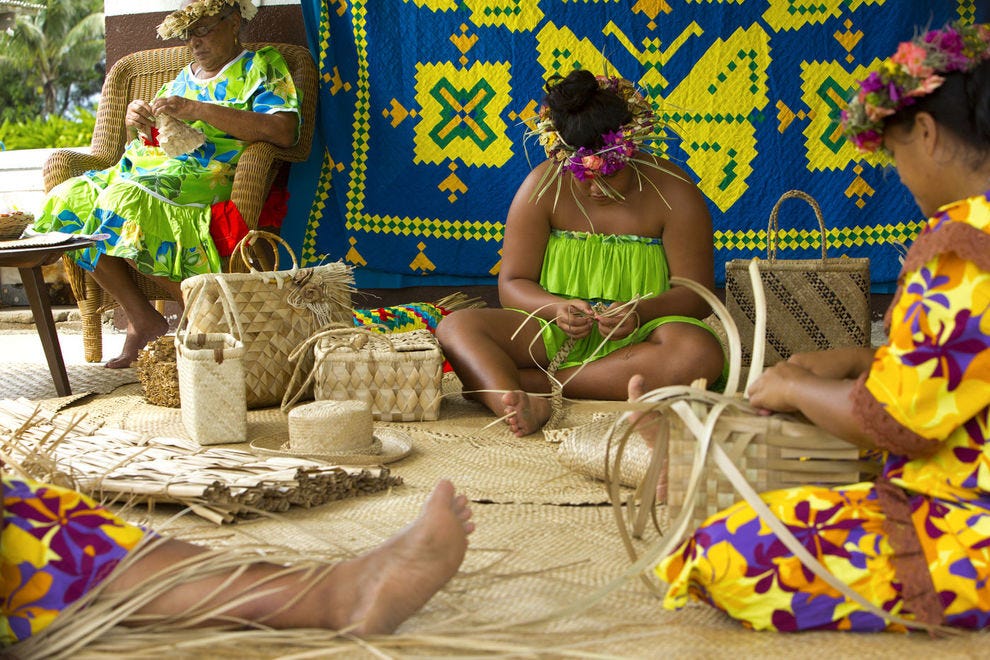 Artists from the Austral Islands, typically women, are known for their plaiting. These artists take fibers from screw pine, reed or coconut, and weave them into baskets, bags, hats and mats. Many islanders here make a living from their artwork. 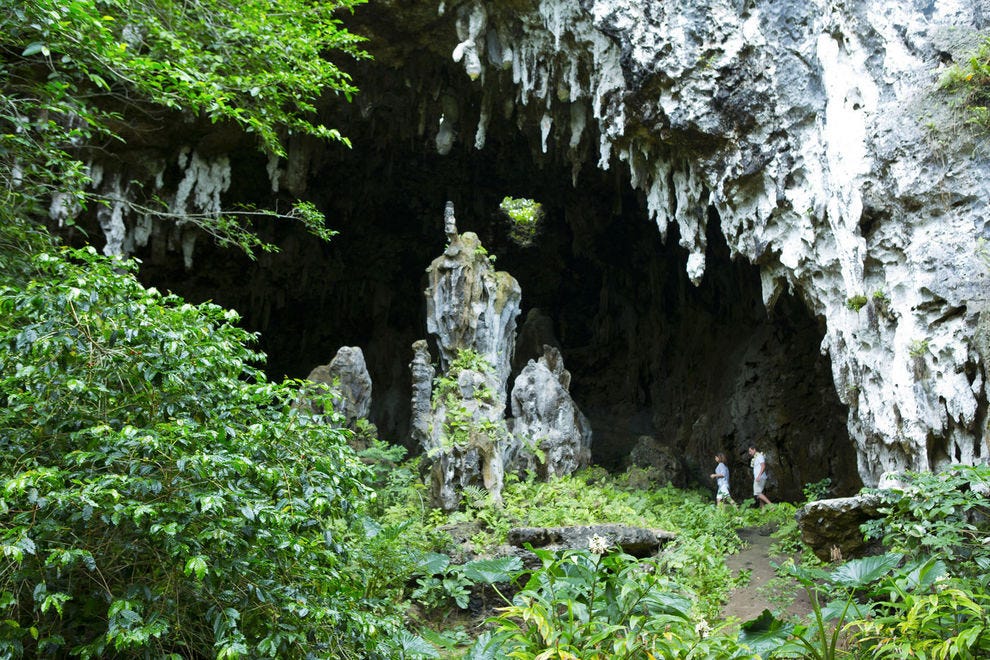 Rurutu, one of the southernmost islands in French Polynesia, enjoys a cooler climate than other islands. It also has a rather unique geological characteristic: a series of about 30 limestone caves filled with stalactites and stalagmites. 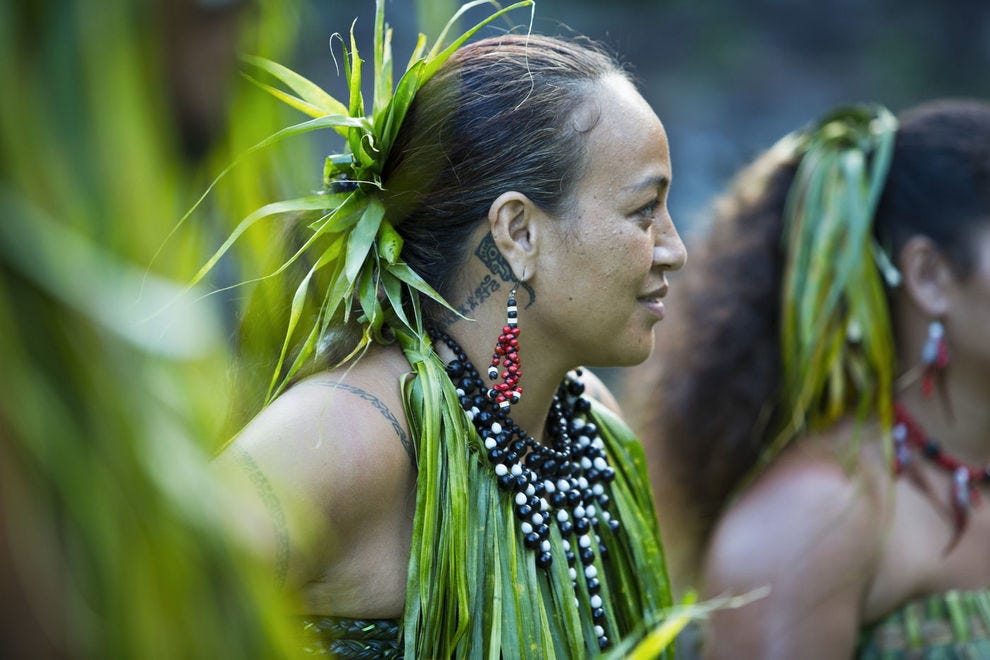 Six of the 12 Marquesas Islands are inhabited, but the population is under 10,000 total residents. The island of Hiva Oa, often called the Garden of Marquesas, served as the inspiration for many of Paul Gauguin’s best works. 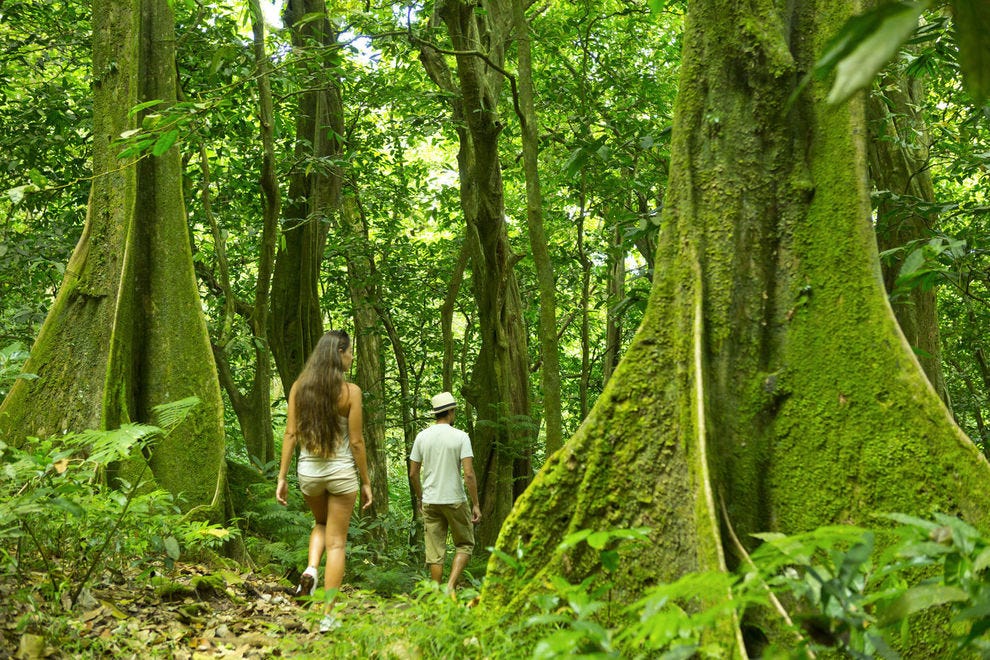 Hiking trails lead into the interiors of many Tahitian islands, often passing beneath the shade of the majestic mape (Tahitian chestnut) tree. 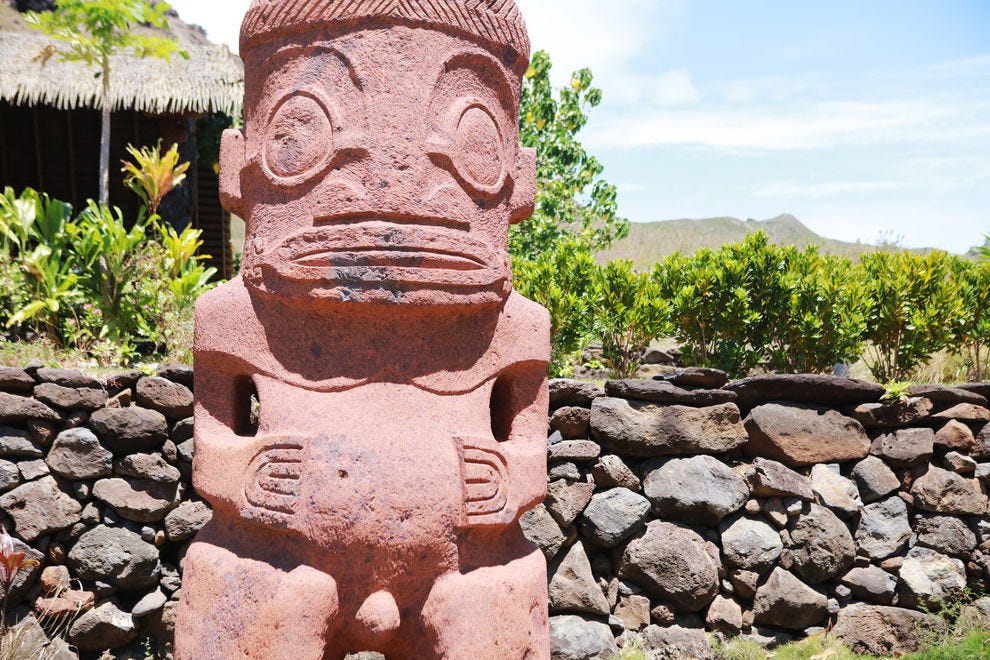 Birthplace of the Tiki

Hiva Oa and the other Marquesas Islands are home to numerous archaeological sites, including the largest Tiki statue in French Polynesia. The Tiki, a form of sculpture believed to be endowed with spiritual force, originated in the Marquesas Islands, with the first known examples dating back to the 13th century. 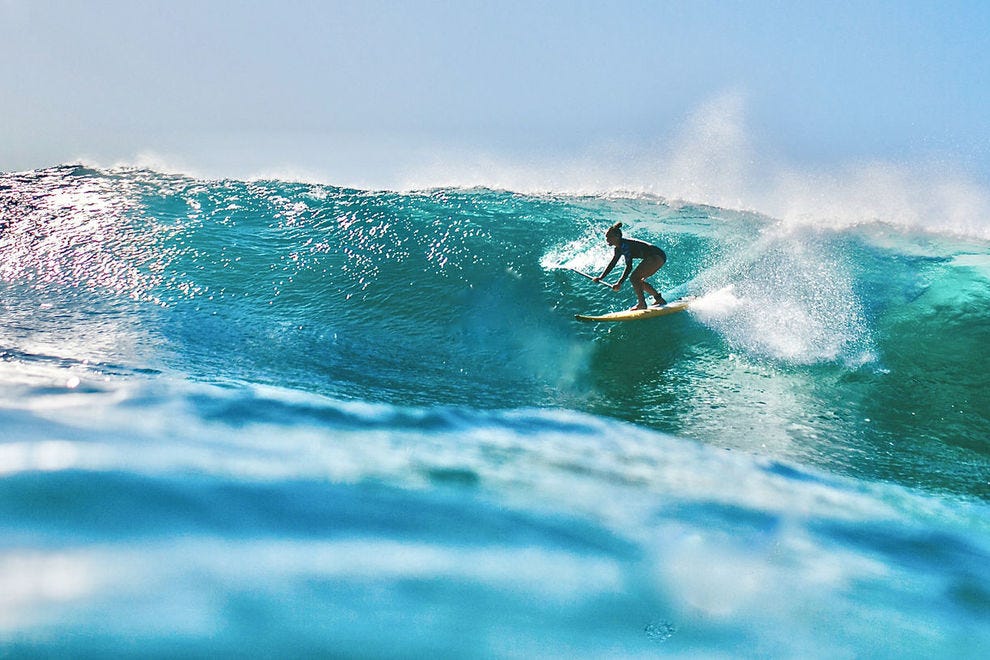 Surfers looking to catch a wave have more than 30 surfing spots to choose from in French Polynesia, including three world-famous breaks (Teahupo’o, Taapuna and Maraa). While the exact history of surfing is unknown, it was first recorded by Europeans who sailed to Tahiti in 1767. 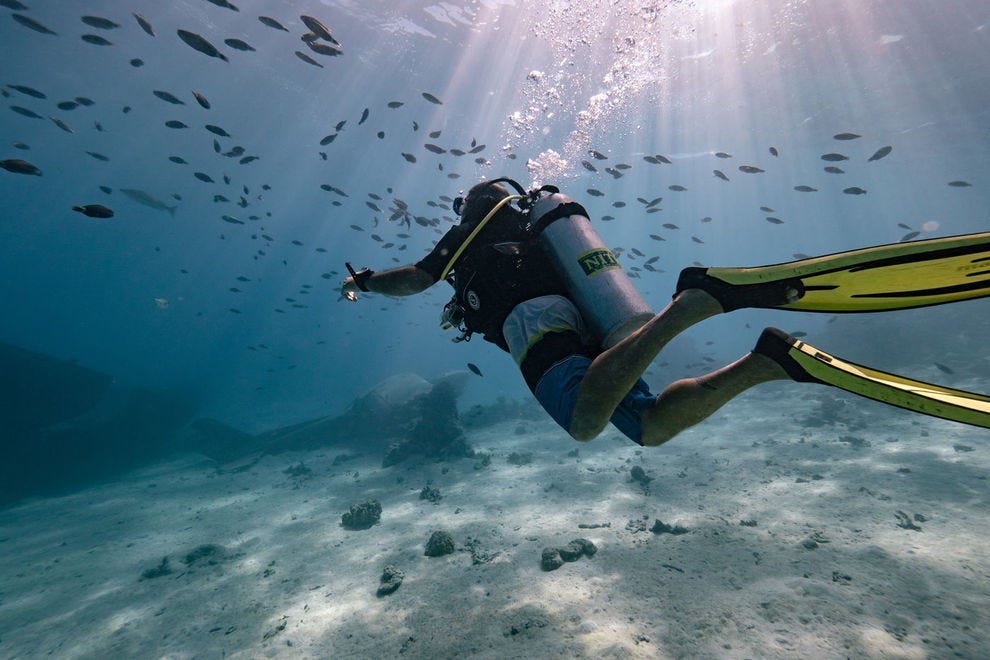 The warm waters of Tahiti teem with life, attracting divers and snorkelers from around the globe. Visibility often reaches 100 feet, and the waters provide a habitat to more than 1,000 species of fish (over 20 species of sharks). Humpback whales migrate to Tahiti from July to November, but it’s also possible to spot sea turtles, rays, dolphins and colorful fish. 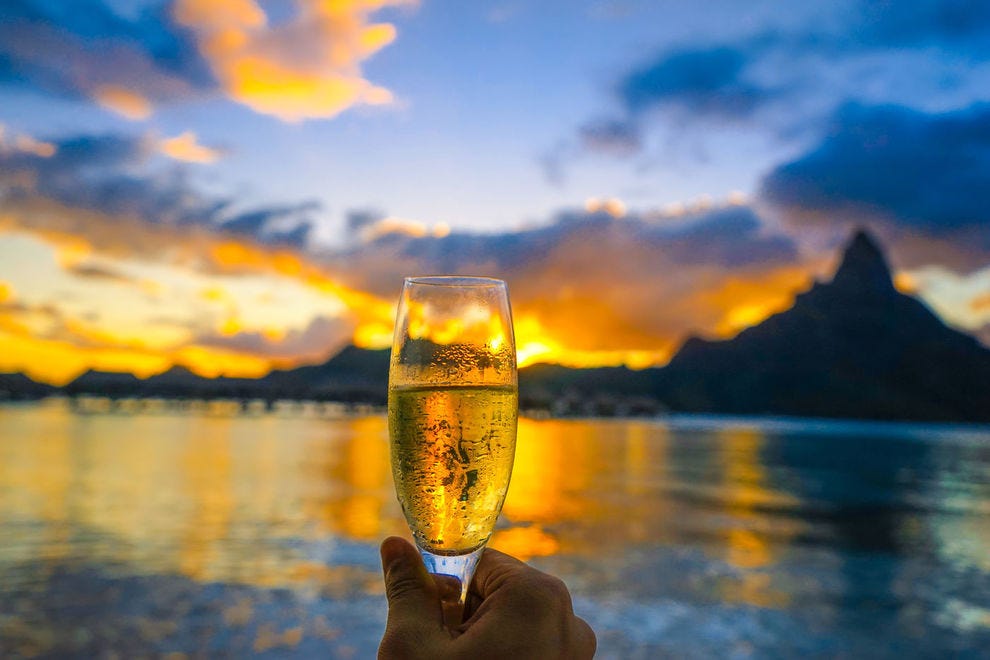 White sand beaches, overwater bungalows and stellar sunsets make Bora Bora the stuff of honeymoon legends. This quiet island in the Society Islands, only 15 square miles, is where you’ll find some of the most luxurious resorts and exclusive retreats.