Most of us know it’s important for our health to eat a wide range of fruits, vegetables and herbs – and a great deal of focus has been placed on the important vitamins and minerals they supply.

Yet the crucial role played by phytochemicals — powerful chemical compounds contained in plants that play a vital part in reducing the risk of many chronic degenerative diseases — has often been overlooked.

Phytochemicals are amazing gifts from nature that give fruits and vegetables their diverse colours, tastes and aromas while playing an important role in supporting the immune system — and thereby reducing our risk of cancer, dementia, arthritis, heart disease, stroke, and macular degeneration (or age-related sight loss) as well as protecting our skin, enhancing mood and brain function and helping with muscle repair.

Most of us know it’s important for our health to eat a wide range of fruits, vegetables and herbs – and a great deal of focus has been placed on the important vitamins and minerals they supply [File photo]

They’re not just found in fruit and veg but also in legumes, nuts, spices and herbs.

The World Cancer Research Fund (WCRF) strongly recommends eating plenty of foods rich in phytochemicals, to protect ourselves from disease and help us recover from illness or surgery.

Researchers in Southern California found that women who consumed more than five portions of phytochemical-rich fruit and vegetables a day and participated in regular physical exercise had a significantly lower risk of breast cancer recurrence than those who stuck to the recommended ‘five-a-day’ guidelines.

Rather than patting ourselves on the back for eating a salad or a portion of broccoli every once in a while, it’s my belief we need to eat twice the recommended five-a-day of fruit, vegetables, legumes and herbs in order to get the nutrients we need.

What you eat can make a big difference to reducing your cancer risk, particularly if you harness the power of phytochemicals, so here’s my Top 10 prescription of foods you should eat one or more of EVERY DAY. More if you can.

Our own research at the Primrose Unit at Bedford Hospital looking at the eating habits of 155,000 people over 12 years, showed a clear link between eating cruciferous vegetables and a lower risk of cancer.

For instance, broccoli protects us from harmful ingested toxins by helping to form the antioxidant enzyme GST, which is important in neutralising the harmful effects of pollutants, food additives and pesticides.

This group of vegetables is also rich in fibre, Vitamins C and K, minerals and other essential nutrients which provide multiple health benefits as well as being cancer-fighting. 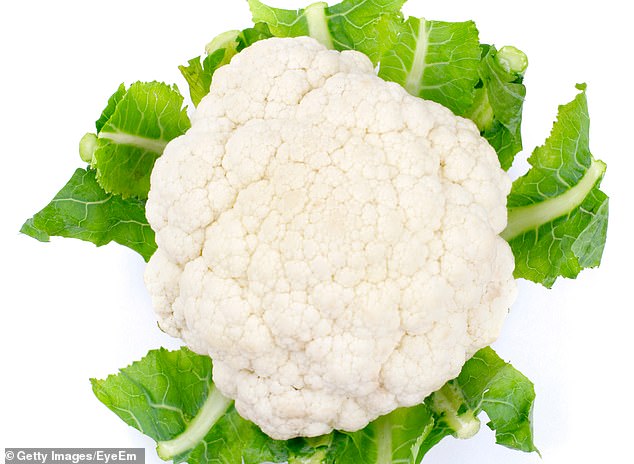 Part of the ginger family, this spice is also rich in fibre, vitamins and minerals. A powerful weapon against chronic inflammation and oxidative stress, it works by enhancing the actions of antioxidant enzymes.

Consumption of turmeric is linked to a lower risk of cancer in several studies. 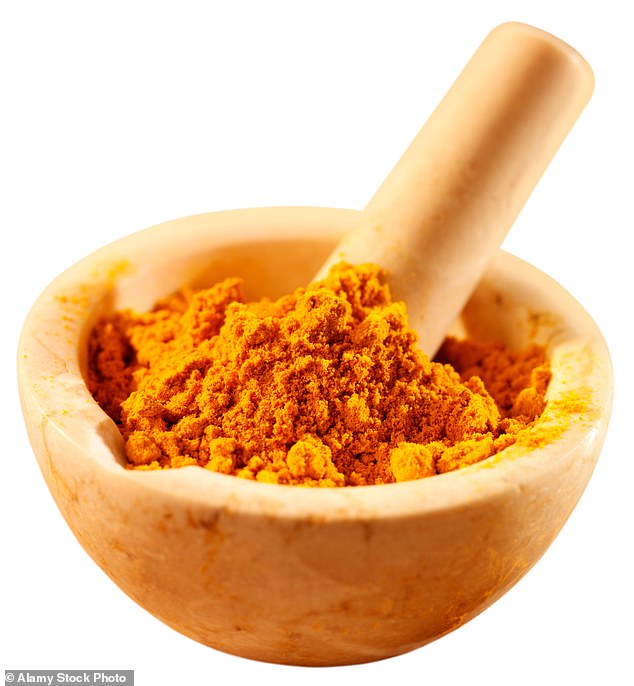 A powerful weapon against chronic inflammation and oxidative stress, it works by enhancing the actions of antioxidant enzymes

Appropriately sometimes called the King of Fruits, pomegranate is packed with polyphenols which have direct anti-viral properties and help gut health and in doing so reduce your risk of several different cancers.

A supplement containing pomegranate, turmeric, tea and broccoli was found to slow the growth of prostate cancer in one of our most widely-reported studies, the Pomi-T trial (which we will return to in Tuesday’s paper when we look at vitamins and supplements).

You can find them in flaxseeds, sesame seeds, pumpkin, sunflower and poppy seeds, pulses such as beans, lentils and peas, quinoa and buckwheat and unrefined whole grains including rye, oats and barley.

Lignans and isoflavones are particularly found in the outer layers of whole grains and seeds — which is why it’s important to eat unrefined grains and whole seeds that still have the husk intact.

Rich in vitamins, minerals and many different phytochemicals — population studies show that people who eat more tomatoes have a lower cancer risk.

Some researchers have extracted one common phytochemical in tomatoes called lycopene for use in supplements in the hope that consuming concentrated levels would enhance the anti-cancer effect.

But several studies including a prestigious Cochrane review in 2011 found that isolating a single ingredient did not in fact lower the risk of prostate cancer. To me this was another example of how it’s actually the whole food with its combination of different elements that’s so important.

Fortunately, most of the phytochemicals in tomatoes are preserved in its processing so tinned tomatoes, pastes and pesto remain great sources. 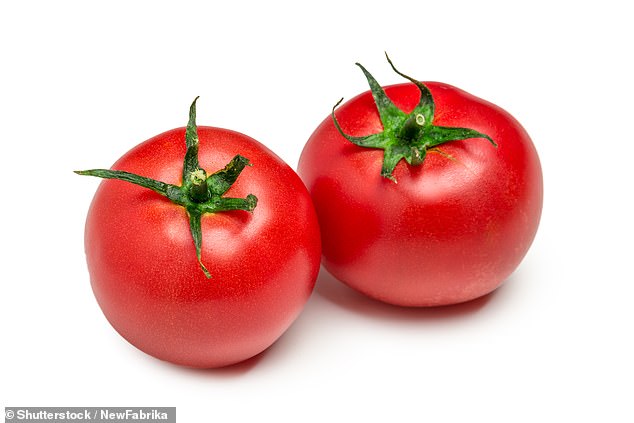 Numerous studies show eating a diet that includes chillies can help to keep cancer at bay by encouraging an orderly programmed cell death of damaged cells which stops mutated cells from spreading.

Research has also shown it can help to prevent breast and bowel cancer, especially if combined with turmeric.

A large population study from China reported that people who ate spicy food containing chilli peppers once or twice a week had a mortality rate 10 per cent lower than those who ate it less frequently.

Topical applications of creams containing chillis have shown that the capsaicinoid polyphenols it contains bring relief from the uncomfortable nerve damage in hands and feet associated with diabetes and also with some cancer chemo- therapy drugs.

Particularly rich in the polyphenols quercetin, gallic acid and kaempferol, regular intake of these vegetables is linked with a reduced risk of lung, oesophagus and pancreatic cancer, especially among smokers and alcoholics.

These polyphenols are damaged by heat so it’s good to eat them raw wherever possible — add them to salads, for instance. 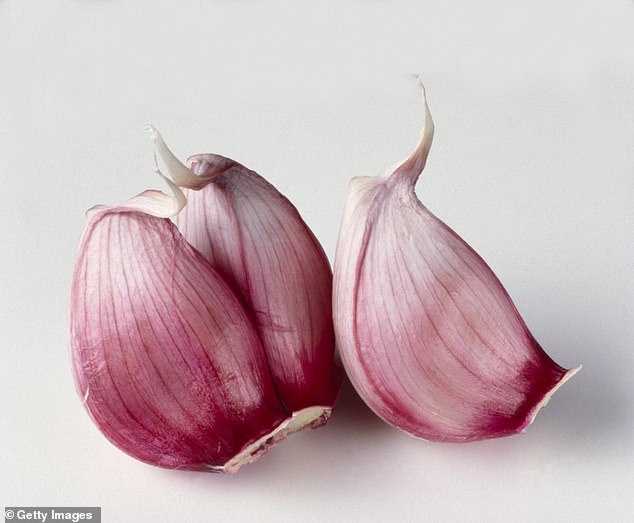 Particularly rich in the polyphenols quercetin, gallic acid and kaempferol, regular intake of these vegetables is linked with a reduced risk of lung, oesophagus and pancreatic cancer, especially among smokers and alcoholics

Virtually all edible berries and fruits are excellent sources of vitamin C, fibre and minerals as well as many types of phytochemicals.

Fruit grown in the wild contain higher levels of phytochemicals than cultivated varieties because they have to fight to thrive — this process in turn causes them to be stronger and richer in phytochemicals.Wild berries also have the advantage of not being sprayed with any pesticides or herbicides.

Tree nuts — walnuts, almonds, hazelnuts, cashews and pecans — plus peanuts (which are actually a type of legume) are packed with macro and micronutrients including compounds that work to prevent and delay age-related chronic conditions while also enhancing good gut bacteria.

Rich in good quality fatty acids — particularly 3 and 6 which are vital for regulating and supporting our immune system. As well as proteins, vitamin E and polyphenols, they offer protection against environmental carcinogens and UV radiation.

Studies show that eating nuts lowers the risk of cancer — particularly prostate, breast and bowel. Eating a handful of these nuts every week could reduce the risk of bowel cancer relapse and death from bowel cancer by 40 per cent, according to dramatic research presented to the American Society of Clinical Oncology in 2017.

Packed with polyphenols, this is one of the few vegetables to contain betalains (the pigments that give it its red-violet colour).

They have been identified by several studies for their power in reducing excess inflammation and enhancing antioxidant formation — again important for reducing your cancer risk in general.

As well as it’s fibre content and store of complex carbohydrates and minerals, beetroot is packed with health-boosting compounds in the form of ascorbic acid, carotenoids, phenolic acids and flavonoids. 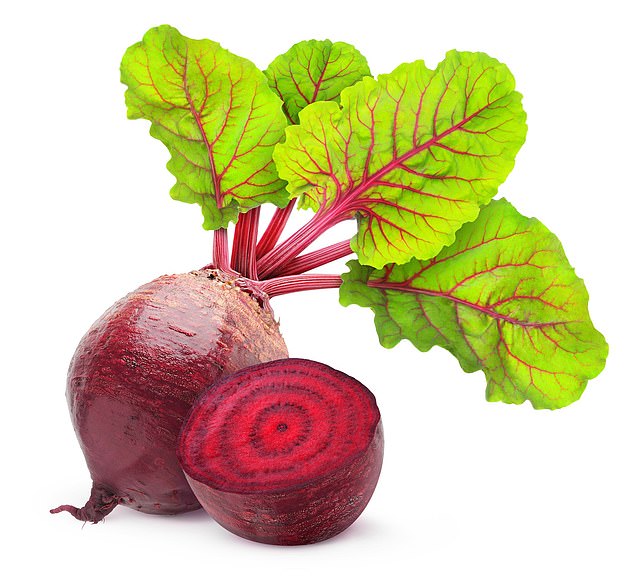 Packed with polyphenols, this is one of the few vegetables to contain betalains (the pigments that give it its red-violet colour)