Halle Berry,54, is age-defiant as she stuns in a sultry topless selfie: ‘Self-love is never selfish’

Halle Berry, 54, looks much younger than her years as she stuns in a sultry topless selfie: ‘Self-love is never selfish’

By Sarah Abraham For Dailymail.com

She has always been one to defy age when it comes to her looks.

And on Thursday, 54-year-old veteran A-list actress turned director Halle Berry was absolutely radiant as she posted a stunning topless selfie to her Instagram.

The Oscar-winning star was the picture of elegance and resilience as she posed shirtless in a pair of cream pants.

Self-love: Halle Berry, 54, defies age in a topless selfie posted to Instagram on Thursday. The A-list actress posed in a pair of cream pants as she cusped her torso

Sitting with her legs crossed on the ground, Halle gracefully hugged her torso as she covered her breasts with her toned arms.

Her caramel locks shielded her face as she turned away from the camera letting her stunning body speak for itself as she showed off for 6.5M followers.

The red carpet icon was feeling herself with good reason, as she captioned the image, ‘Self-love is never selfish.’ 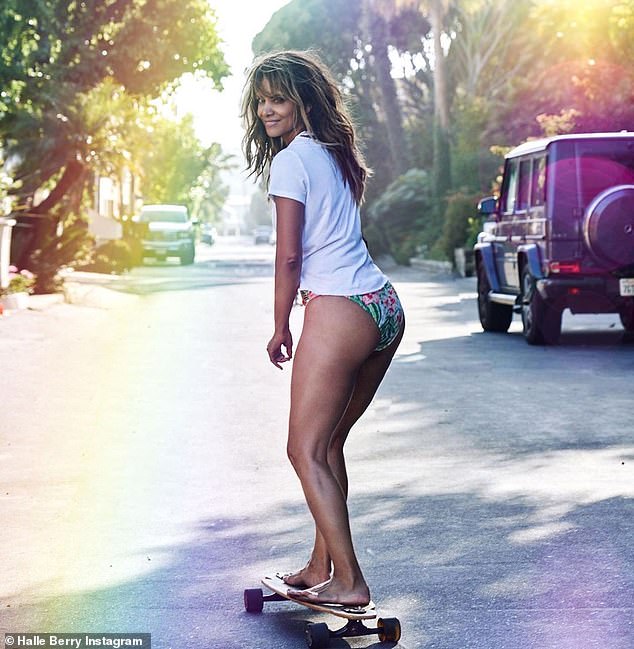 Nothin’ but a number: Berry hardly looks her age as the stunner turned 54 last week. She posted a youthful photo of herself on a skateboard to commemorate the occasion 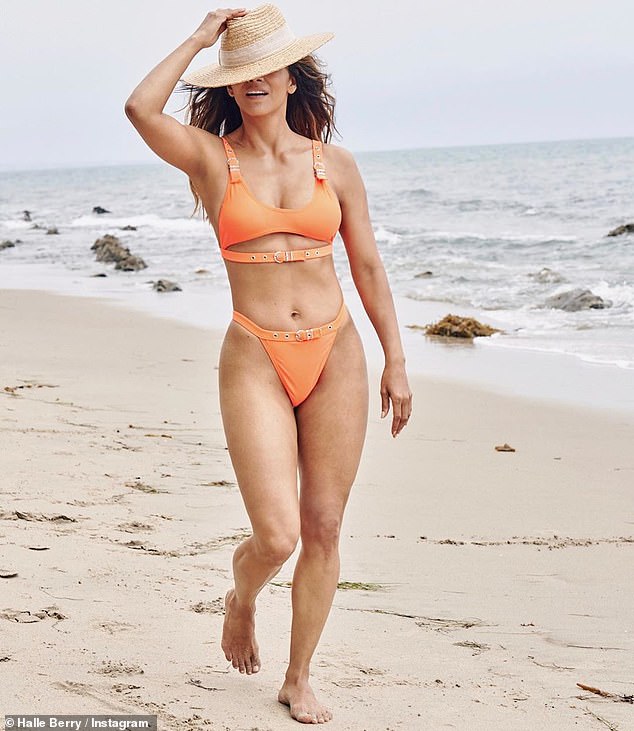 Tangerine dream: Halle strolled on the beach in front of her Malibu mansion as she shows off her incredible physique

Despite quarantine and being a mother to two, Nahla, 12, and Maceo, 6, Halle Berry has managed to balance an active couple months with poise and youthful ease.

The Catwoman star who celebrated her 54th birthday a week ago, has been dedicated to her fitness, doing photoshoots, and preparing for the release of her directorial debut, Bruised.

On her downtime, she has been taking advantage of the beach in front of her Malibu mansion, spending a lot of time exercising with her trainer Peter Lee Thompson.

Despite leading a beautiful life, Berry has recently been dragged back into legal territory. 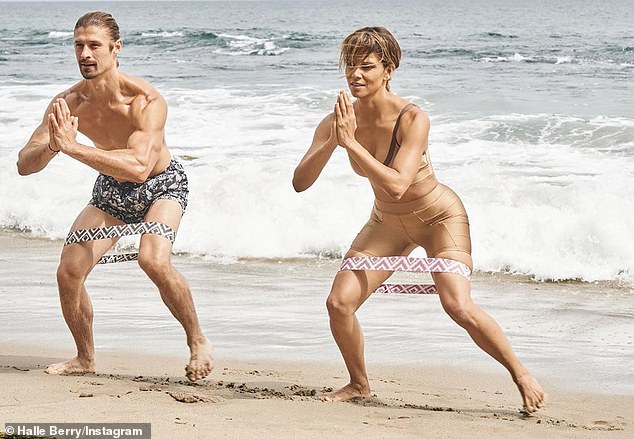 Fitness Fridays: The actress trains her incredible body on the beach with her trainer Peter Lee Thompson a few times a week 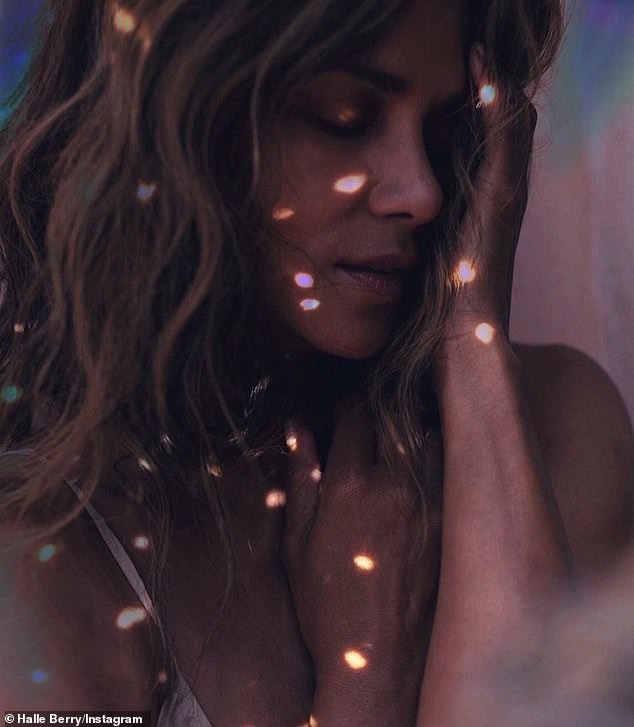 Feeling herself: Berry posted another sultry selfie to her Instagram a few weeks ago. ‘She comes in colors’ the actress wrote as she quoted the Rolling Stones song, She’s a Rainbow 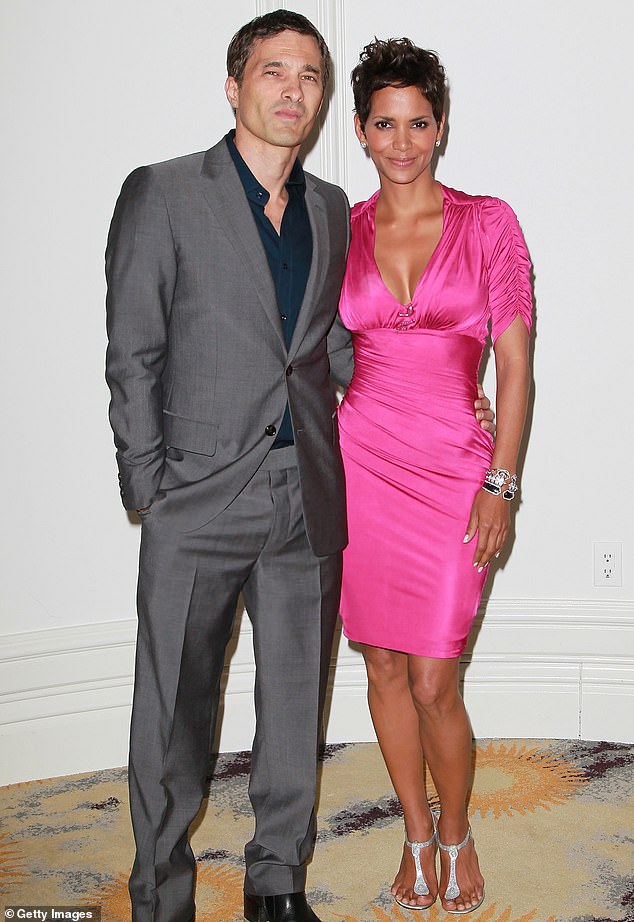 Breaking ties: Halle and her ex Olivier finalized their divorce in 2016, apparently a proper custody agreement was never set into motion when it comes to their six-year-old son, Maceo

Though Halle and her ex Olivier Martinez finalized their divorce in 2016, apparently a proper custody agreement was never set into motion when it comes to their six-year-old son, Maceo.

Halle opted to tackle this matter without representation after her previous attorney signed off on her request on August 12.

Her film Bruised drops September 12 at the Toronto International Film Festival. The MMA-centric drama is the first feature where Halle will be both acting and directing. 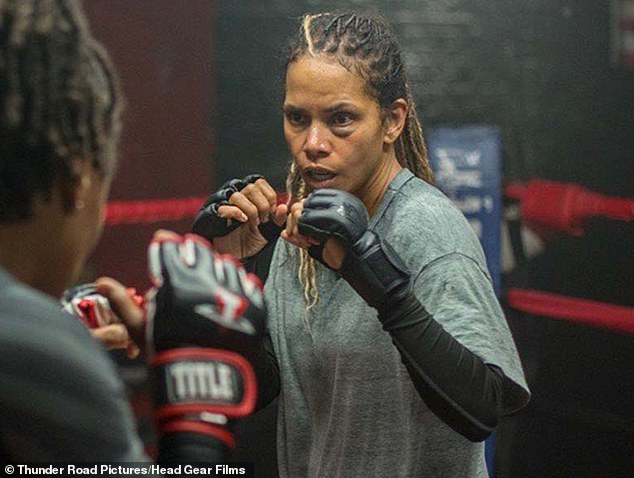 Bruised: Her film drops September 12th at the Toronto International Film Festival. The MMA-centric drama is the first feature where Halle will be both acting and directing