20 of the best vegan restaurants in the Southeast U.S.

The best deals on travel products

The French government will this week agree to impose reciprocal quarantine restrictions on travel from the UK as ministers face growing pressure to reduce the 14 day self-isolation period.

Britain added France to its ‘red list’ of banned countries on August 15 after a spike in coronavirus cases.

All travellers returning from the country to the UK must stay at home for a fortnight and Paris is now poised to impose its own similar restrictions on people heading in the opposite direction.

Minister for European Affairs Clement Beaune signalled the tit-for-tat action will be set out in the coming days.

‘We will have a measure called reciprocity so that our British friends do not close the border in one single way,’ he told French TV station France 2, according to comments reported by Reuters.

‘For travellers returning from the United Kingdom, there will probably be restrictive measures decided in the next few days by the Prime Minister and by the Defence Council.’

His comments came after it emerged the quarantine period could be slashed to less than a week under plans to introduce testing on arrival at UK airports.

Aviation firms have submitted proposals to ministers which would see people returning from countries on the Government’s coronavirus ‘red list’ tested on arrival.

They would then be tested again between three to five days later, with two negative tests granting the traveller permission to leave self-isolation.

Ministers are said to be due to weigh up the merits of the proposed way forward at a meeting scheduled for later this week.

It comes amid growing concerns that Greece, Switzerland and the Czech Republic could all be subject to quarantine after an increase in cases, with Italy having also recorded a spike.

Minister for European Affairs Clement Beaune signalled the tit for tat action will be set out in the coming days. 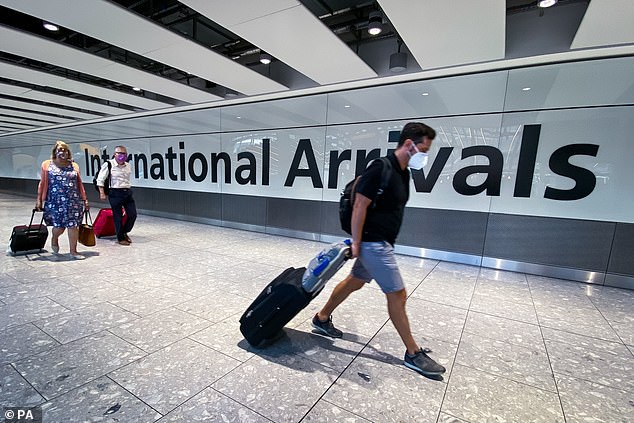 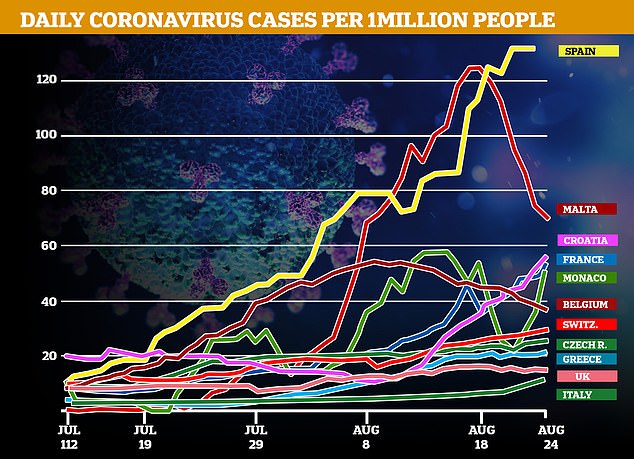 The Government is under intense pressure to reduce the 14 day self-isolation rules amid fears they are causing lasting damage to the travel and tourism industries.

Swissport and Collinson Group, aviation services companies, submitted plans for a dual testing system to Health Secretary Matt Hancock on Friday, according to The Times.

Many European countries, including Germany and France, already have testing on arrival systems set up at their airports.

The two firms are said to have expressed concerns in a letter to Mr Hancock that the current 14 day rules are preventing people from being able to work and from being able to travel for business while inbound tourism is also being stifled.

Ministers have previously expressed concerns about the prospect of replacing the 14 day blanket quarantine policy with a more nuanced testing system.

They said there was a risk that the testing regime could miss people who have only just been infected because of the amount of time it can take for coronavirus to appear.

However, the aviation and travel industries believe the Government has massively overestimated the number of people who could be missed under such a scheme.

The dual testing system would likely see arrivals from ‘red list’ countries tested on arrival and then given a home testing swab kit to take with them.

This second test would be conducted three to five days after arriving back in the UK and would be sent to a laboratory for processing.

Two negative tests would allow travellers to exit quarantine and get back to normal life.

The latest push for airport testing comes after the Government last week added Croatia, Austria and Trinidad & Tobago to the banned travel list.

Non-essential travel to France and Spain is already banned after spikes in case numbers.

However, a fall in infection rates means holidays to Portugal are now back on.

Case numbers in a handful of other European nations are now trending upwards, sparking fears of more countries being hit with potential travel bans.

The Czech Republic reported on Friday last week its highest daily increase in cases since the start of the coronavirus crisis, with 506, while in Switzerland case numbers are now at a four month record.

In Greece, the rate of infection has stabilised at just above 14 cases per 100,000 people.

The UK Government has set a threshold for imposing quarantine restrictions at 20 cases per 100,000. 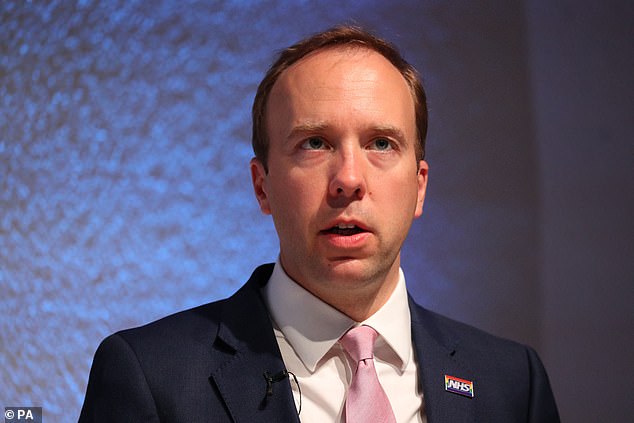 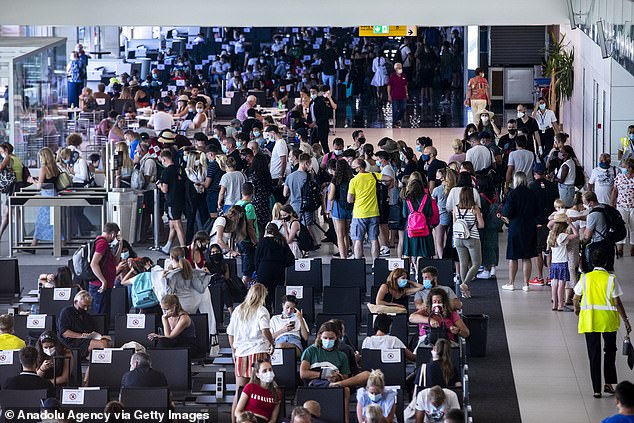 Transport Secretary Grant Shapps said last week when he announced the latest travel advice that people needed to be prepared for a quick change in circumstances when booking holidays.

He said on Thursday: ‘Data shows we need to remove Croatia, Austria and Trinidad & Tobago from our list of #coronavirus Travel Corridors to keep infection rates DOWN.

‘If you arrive in the UK after 0400 Saturday from these destinations, you will need to self-isolate for 14 days.

‘Data also shows we can now add Portugal to those countries INCLUDED in Travel Corridors.

‘As with all air bridge countries, please be aware that things can change quickly. Only travel if you are content to unexpectedly 14-day quarantine if required (I speak from experience!)’