Carol Vorderman made a very cheeky admission about her love life and vowed she will never marry again in an exclusive interview with MailOnline on Thursday.

The TV icon, 59, who has joined forces with Smart Energy GB and Energy Saving Trust to reveal the impact that sustainable steps can have in combating the climate crisis, admitted she has ‘special friends’ but is not dating in a candid chat.

When asked about her love life, the stunning former Countdown presenter said: ‘I’m very happy, I have no complaints. I am not dating anyone, I have special friends. Special friends. Plural.’

She has ‘special friends! Carol Vorderman made a very cheeky admission about her love life and vowed she will never marry again in an exclusive interview with MailOnline on Thursday

The beauty, who was married to Christopher Mather from 1985-196 and Patrick King from 1990-2000 ruled out a third trip down the aisle, saying: ‘I never want to get married again.’

Carol was last known to be in a relationship with Red Arrows pilot Graham Duff, with their romance lasting from 2012-2016.

The Cambridge-educated star has won legions of fans since her career began on Channel 4’s Countdown in 1982, and always wows with her age-defying looks and stunning figure.

Speaking about growing more confident with age, Carol said: ‘Young women beat themselves up about being perfect and there is no such thing. 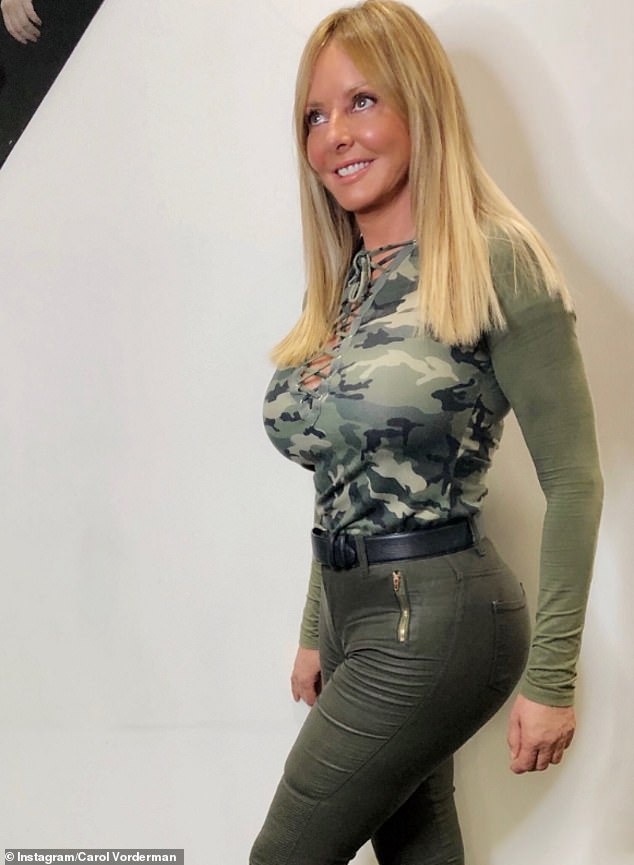 Wow factor: When asked about her love life, the stunning former Countdown presenter said: ‘I’m very happy, I have no complaints. I am not dating anyone, I have special friends.’

‘They compare themselves. And you get to an age where you go “just enjoy it, smile and enjoy it”.

‘I do keep fit though, I started with a new trainer, a rugby captain in Wales and we have a good laugh. He’s pushing me harder now with weights. It’s the weights you need as you get older because I’m quite happy with my body weight

‘I don’t actually know what I weigh but I’m happy, I don’t need to go on a diet or anything like that.

‘As you get older, you lose muscle mass and I’m now actively building muscle and I enjoy it.

‘I do what I want to do and I’m not harming anybody, I’m just cracking on with being alive.’ 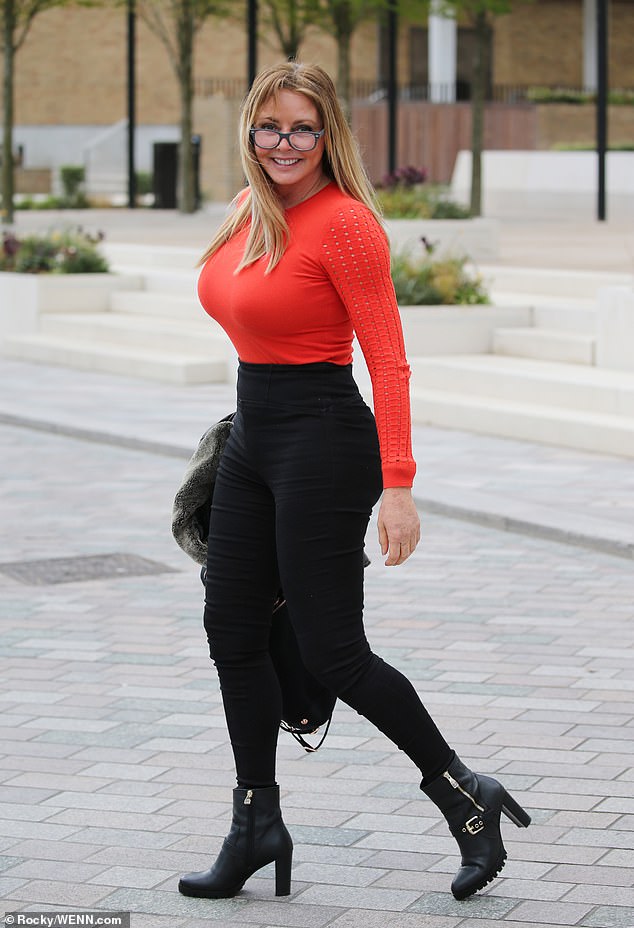 Looking fabulous: The star spoke about her gorgeous frame, saying ‘I don’t actually know what I weigh but I’m happy, I don’t need to go on a diet or anything like that’ (pictured 2019)

The pilot and radio host is mother to daughter Katie, 29, and son Cameron, 23, from her second marriage to Patrick.

Carol recently said she is looking forward to living alone for the first time in many years as Cameron flies the nest for his Master’s Degree.

Speaking of her new home set-up, she said: I’m having a great time, I really love my life’.

Discussing how she’s kept herself occupied amid the coronavirus pandemic and lockdown, Carol said she had focused on work and education.

She said: ‘I am an educator, I’ve had an online maths school, we had half a million children register with us during lockdown. That kept me busy and doing my radio show (for BBC Radio Wales) and (BBC One show) The Great Indoors. 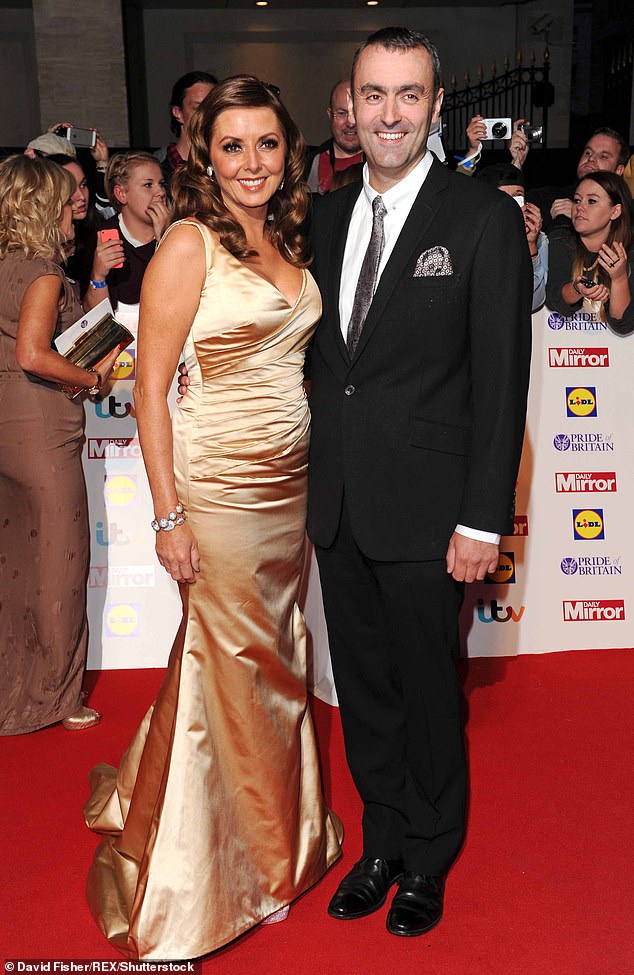 Former flame: Carol was last known to be in a relationship with Red Arrows pilot Graham Duff, with their romance lasting from 2012-2016 (pictured 2013) 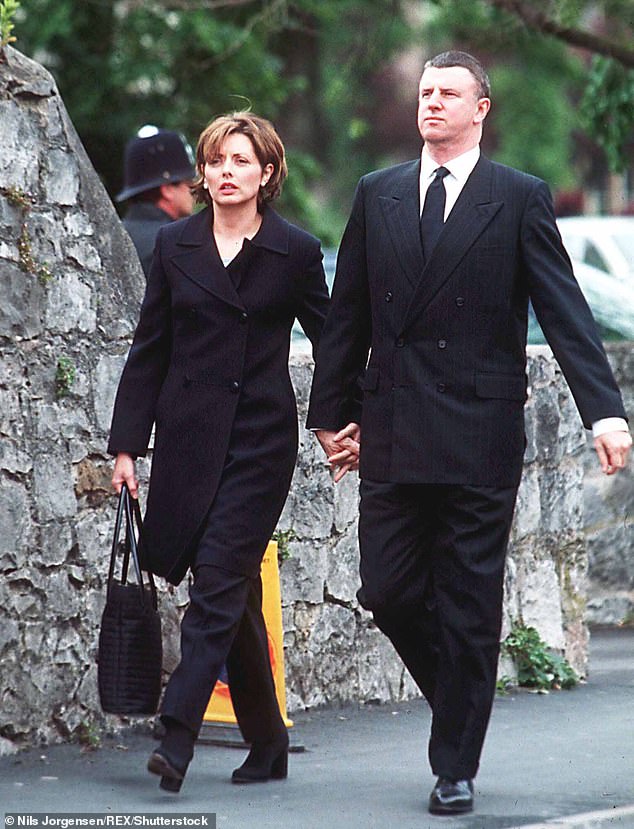 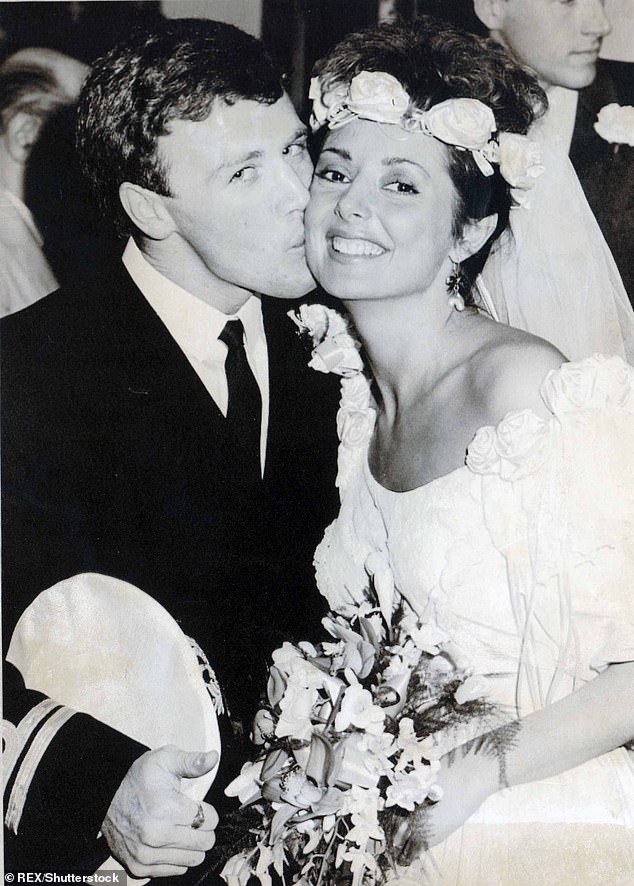 First union: The tar’s first marriage was to rugby player Christoper Mather which lasted from 1985 (above) to 1986

‘It was funny and emotional, we’re a very emotional country in Wales, we are very loving, we love our family and friends.

‘It was strange because we are doing it under COVID restrictions and the producer was also the floor manager and all of these different things. It was quite odd, filming in that way is quite an uncomfortable thing. Because I’m a big hugger, I’m a very tactile woman.

Revealing what lockdown has taught her, she said: ‘It’s heightened the things I don’t want to do. I know I don’t like travelling to London for work so I’m more or less not going to do it anymore.

‘My resolution is I don’t need to do anything so I’m just not going to do them. I think “you’re a long time dead” and I live that

‘I am more positive now. I have really missed being around gangs of people.’

Carol is now focused on her next venture as she works to tackle climate change with Smart Energy GB and Energy Saving Trust. 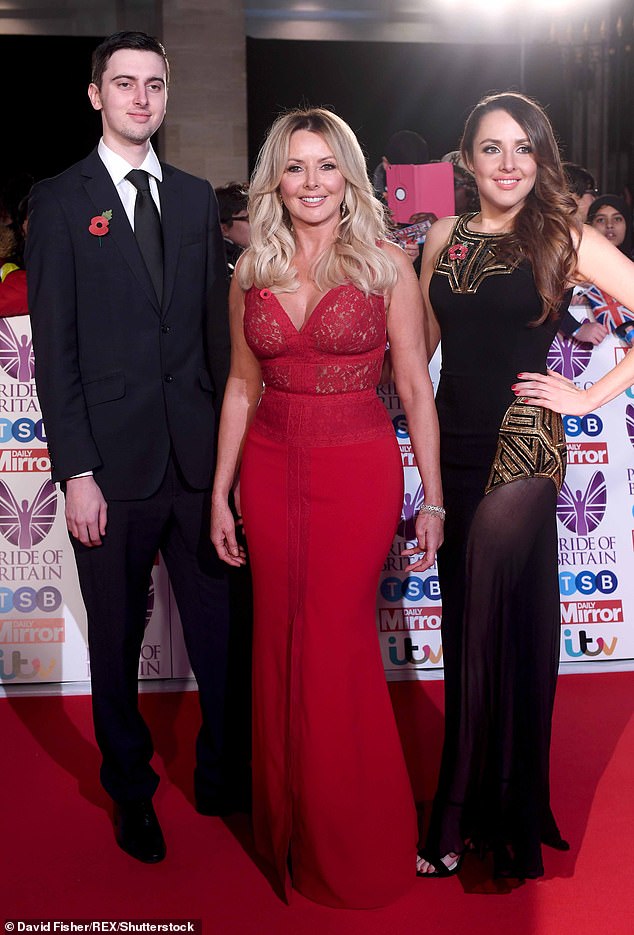 Devoted mother: Carol is a devoted mother to son Cameron, 23 and daughter Katie, 29, who she shares with ex husband Patrick King

The nation recently set a record of going 67 days coal free – meaning renewable energy was relied upon to generate electricity, rather than burning fossil fuels, which is the longest period since the beginning of the Industrial Revolution.

She said: ‘We’ve all heard about climate change. I wanted to be part of something that celebrates a big thing that happened this year.

‘We went coal free for 67 days which was the equivalent to taking 2.9m cars off the road.

‘The majority of people are trying their best, they’re trying to use less electricity, they are trying to recycle, and if people are continually getting the message that they are not doing enough, it’s like “what else can I do” and I genuinely think it is such an important message to get across.’

Revealing the cause was close to her heart, she continued: ‘When I was younger, I was working in North Wales and I went to Cambridge when I was 17 and I went to study engineering.

‘My first job as a junior civil engineer was working in the world’s biggest hydro-electro plant which was being built in Snowdonia.

‘It was when I really began to understand the basics of power generation. It was eye-opening. Back then the majority of our power came from fossil fuels.

In small steps to becoming more sustainable, Carol said she had been doing washing less regularly, limiting turning the heating on and using a Smart Meter.

She said: ‘When people get smart meters, there are two benefits, one it shows how much energy we’re using and domestically, you become much more aware of what you’re doing.

‘But the biggest change is that it’s sending data constantly to the people who run the grid and it’s only when that happens that they could become more efficient in terms of supply and knowing where they’re going to pull the supply from the renewables which is what they successfully managed to do for 67 days this year.’

Smart meters are helping to reduce reliance on fossil fuels/use more renewable power. Contact your energy supplier about getting a smart meter installed. 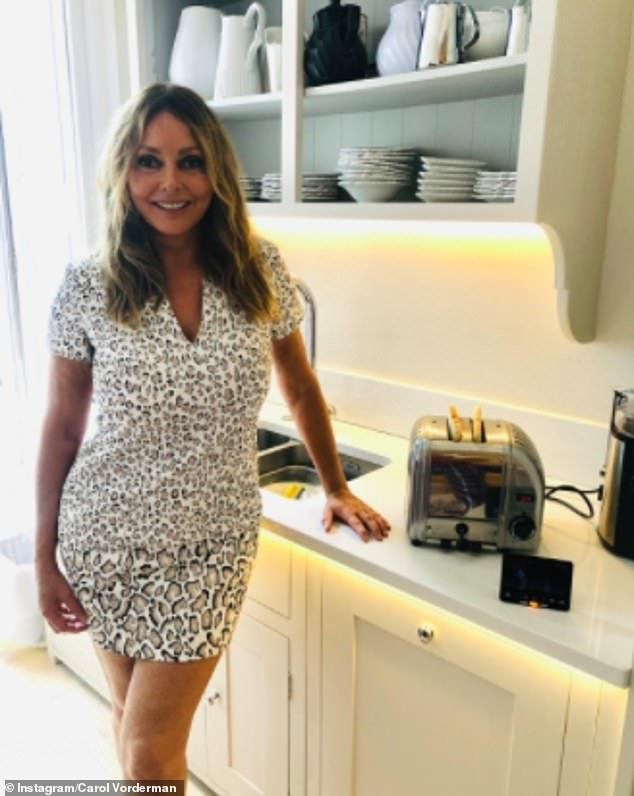 Good cause: Carol is now focused on her next venture as she works to tackle climate change with Smart Energy GB and Energy Saving Trust