Nothing is black and white in New Orleans, whether you’re talking food, music, politics or history.  Visitors might find talk of Creole cuisine confusing, what is it exactly? Is it the same as Cajun? Both styles of cooking share French roots and many of the same ingredients.  Beyond that, it’s a matter of country style vs. city-style, rustic and hearty fare vs. rich, sophisticated preparation.

To understand Creole cuisine, first, understand its roots. Creoles were city folk originally from Europe who settled in New Orleans. Primarily French and Spanish, Creoles hailed from wealthy families and brought their own chefs from Madrid, Paris, and other European capitals.

These chefs adapted classic cooking techniques to incorporate unfamiliar ingredients like mirliton, crawfish, pompano and snapper.  Add into the equation the culinary influence of the enslaved Africans who served in these households, the influence of Choctaw Indians and immigrants from Ireland and Germany and a diverse range of gumbo indeed emerges.

The bastions of Creole cuisine, restaurants that have served visitors and locals in New Orleans for decades, if not centuries, are woven into the very fabric of New Orleans culture. These are places where dinner is an experience not to be rushed. Dress up a bit and sit back and relax, you’re about to savor a seminal New Orleans experience.

Located in the French Quarter, and operated by the famous Brennan restaurant family, the venue is one of the city’s original gourmet bistros. The Gumbo Ya-Ya, one of the kitchen’s signature dishes, is worth the trip in itself, a flavor-filled bowl brimming with chicken and andouille sausage. Executive Chef Michelle McRaney, well-versed in Creole cuisine, prides herself in using only the freshest local ingredients. Because of this, her menu undergoes changes regularly, an act welcomed by the regular patrons. For entrees, look to the Barbecued Shrimp and Braised Rabbit, two dishes which you’ll be remembering long after dinner is done.

Recommended for Creole because: With its French Quarter location and low key vibe, Mr. B’s is a local fave.

Beth’s expert tip: Mr. B’s is one of the few Creole restaurants that will seat you without a reservation. 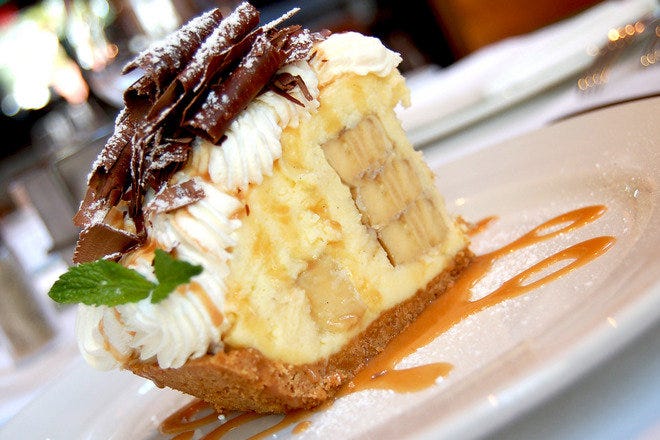 Barbecue shrimp, homemade andouille sausages, andouille crusted drum, these are just a few of Chef Emeril Lagasse’s signature dishes. Emeril’s, Lagasse’s flagship restaurant celebrating its 30th anniversary in 2020, remains a destination eatery poised at the intersection of traditional Creole and modern flavors. Lagasse, who had his start at Commander’s, pioneered the dining scene in the Warehouse District long before it was the hub it is now. The restaurant’s cuisine, now under the watch of chef de cuisine Douglas Braselman, remains on point. The barbecue shrimp is one dish that will never leave the menu, a spicy, peppery meld of flavors that will never go out of style.

Recommended for Creole because: Emeril just celebrated the 30th anniversary of his flagship restaurant and it’s better than ever.

Beth’s expert tip: Banana cream pie has been on the menu for more than 30 years, order it. 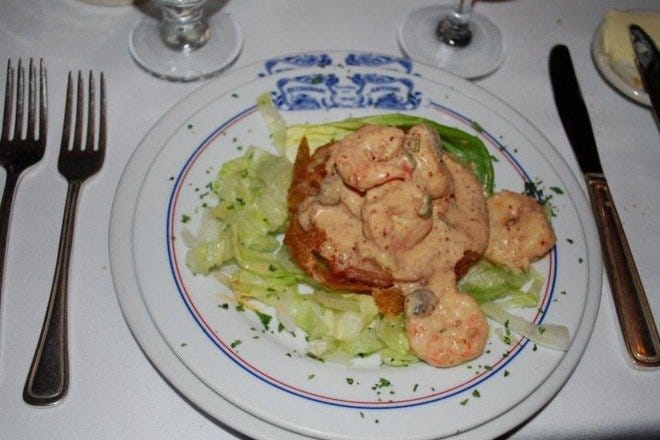 Antoine’s is celebrating its historic 180th anniversary year, a landmark any way you slice it. Oysters Rockefeller originated here in 1889, and the menu hasn’t changed much since. Expect rich French Creole cuisine and Gulf seafood including tasty fried oysters on buttered toast with foie gras. Local gents still wear jackets for dinner, but it’s not required. Diners can enjoy choices like potato souffle or Poulet Rochambeau, a boneless half-chicken served with a sweet brown rochambeau and tangy bearnaise sauce. Their reasonably priced lunch special is a favorite among locals. Be sure to check out the bread pudding when it comes time to choose dessert.

Recommended for Creole because: It doesn’t get any more traditional than at this Vieux Carré landmark, founded in 1840. 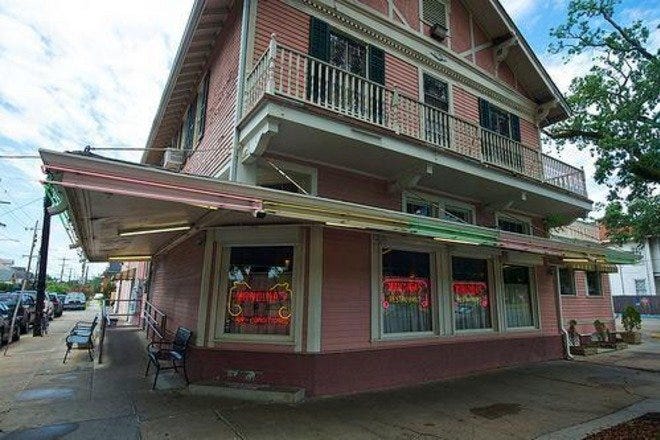 Opened as a grocery store in 1898, Mandina’s morphed into a full-service restaurant in 1932 and is still family operated. The prices are low, and the environment casual and unpretentious. The menu consists of the same New Orleans specialties â” oyster and artichoke bisque, red beans and rice, fried seafood and po’boys â” that have been served there for more than 90 years. The trout amandine and the turtle soup are favorites. This quaint dining room serves scrumptious Italian and Creole fare, such as veal Parmesan, turtle soup and shrimp etouffee. The atmosphere is laid-back and the decor on the rustic side in a good way.

Beth’s expert tip: Lunch is a lively affair if you can’t get in for dinner. 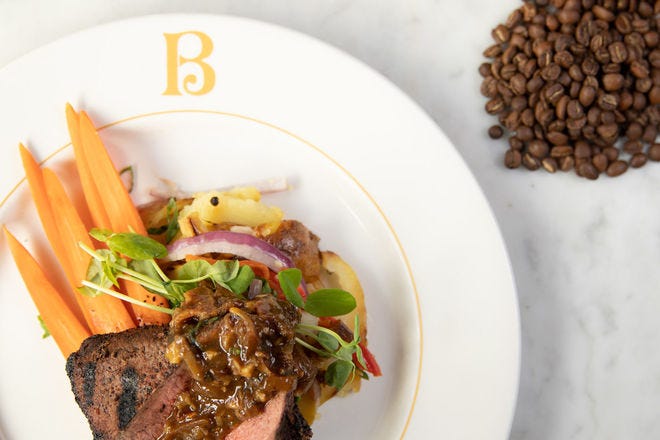 Reopened in early 2014 after Creole Cuisine Restaurant Concepts purchased from retiring owners Gunter and Evelyn Preuss, Broussard’s was treated to a $1 million renovation and the results are just gorgeous. The A-team here includes Chef Jimi Setchim who is celebrating the restaurant’s 100th anniversary with ingredient focused menus. The reconceived Broussard’s is a grand restaurant of historic proportions, with dishes like baked crab gratinee and oyster and mushroom pan roast. The kitchen’s smartly imagined modern Creole-French cuisine is among the best in town, and you can now enjoy it at Friday lunch, a proud New Orleans tradition of table hopping and boozy feasting. The classically informed cocktails at the Empire Bar landed Broussard’s on Esquire’s best bar list.

Recommended for Creole because: Broussard’s dishes a gorgeous setting and fine cuisine from chef Neal Swidler.

Located in the Uptown neighborhood of New Orleans, right off the St. Charles Streetcar line, the Upperline is a great reason to explore past the French Quarter, and experience a contemporary take on Creole cuisine. The kitchen walks just the right balance between respecting the timeless dishes that regulars crave and bringing new inspired creations to the table. The drum piquant with hot and hot shrimp will never leave the menu, same for the slow-roasted half duckling with garlic port sauce, spotlighted by chef Aaron Sanchez on the show “Best Thing I Ever Ate.” The $48 taste of New Orleans dinner is a real treat.

Recommended for Creole because: Upperline is one of the most gracious owner/operated restaurants in New Orleans.

Beth’s expert tip: Add to your experience by taking the St. Charles streetcar to Bordeaux Street and walking around the corner to dinner at Upperline.

Arnaud’s offers some of the Big Easy’s best Creole food and a threefold of dining options. Enjoy jazz in the Jazz Bistro, a romantic dinner in the main dining room, or cocktails in the French 75 Bar. The classy joint is located just steps from Bourbon Street in the French Quarter. Their proprietary remoulade blend that adorns their shrimp Arnaud and crab cakes is a must. Arnaud’s opened for business more than a century ago in 1918 and has been owned and operated by the Casbarian family since 1978. Second-generation owners Katy and Archie Casbarian run the storied restaurant along with their mother Jane. Ask about the Mardi Gras museum upstairs.

Recommended for Creole because: Arnaud’s is a New Orleans classic and its location just off Bourbon Street adds to its convenience.

Beth’s expert tip: Be sure to have a drink in the renowned French 75 bar off of the main restaurant. 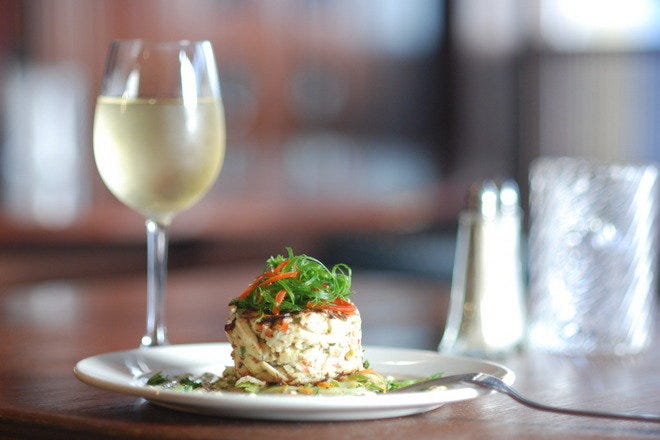 Removed from the usual downtown tourist traffic, this classy Uptown dining room’s a hit with the locals. The skilled waitstaff, clad in tuxedos, deliver plates of Nouvelle Creole cuisine and introduce the impressive wine and scotch collection. Once you dig into one of the kitchen’s specialties, like fried oysters with brie, smoked softshell crab piled high with crabmeat or the paneed veal, you’ll understand why the restaurant’s so busy. The former bar and po-boy shop have been a white-tablecloth eatery since the 80s, a favorite of locals who want a Galatoire’s experience without crossing Napoleon, never mind Canal Street.

Recommended for Creole because: Clancy’s is a local favorite but off most tourist’s track.

Beth’s expert tip: The voluminous wine list is one of the best in town. 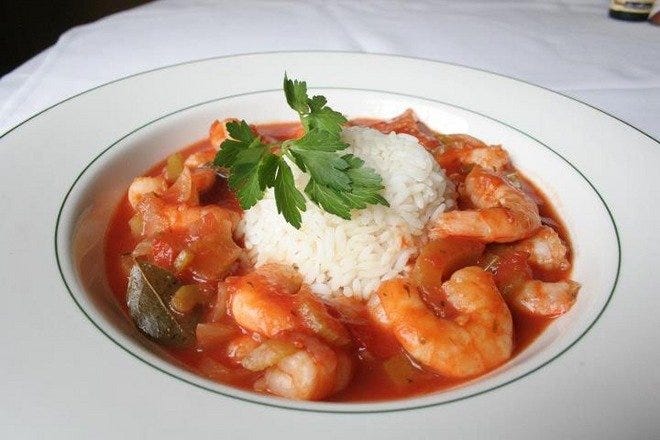 New Orleanians are not only loyal to this traditional bastion of Creole dining, but they’re also loyal to their waiter, and if they’re old enough, to their waiter’s son. Generations come and go, but Galatoire’s, with its classic menu of trout meuniere, shrimp remoulade and stuffed eggplant, remains timeless. If you only choose one French-Creole restaurant, make it this one. Friday lunch is a storied tradition at this Creole Palace, a champagne-soaked networking session that lasts until dinner. These regulars don’t only want the trout amandine, they ask for their waiter by name at a place where the staff has tended to the same families for generations.

Recommended for Creole because: Galatoire’s is where New Orleanians have been celebrating milestones since 1905. 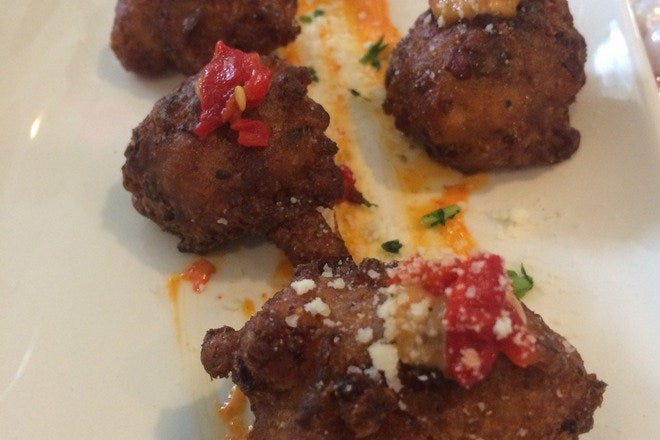 Dirt to plate within 100 miles is the M.O. of head Creole chef Tory McPhail of Commander’s Palace, located in the Garden District of New Orleans. He strives to have most of his ingredients come to his restaurant from within the aforementioned distance, showing his respect and appreciation for local farmers and produce. Start off a meal with shrimp rémoulade before segueing into the soft shell crab entree. Another option is The Peacemaker, an oyster and shrimp filled po’boy that will establish your palate’s po’boy standard. The restaurant offers one of the most diverse wine selections in the city, so finding something to drink with your Creole dishes is no issue.

Recommended for Creole because: This is a bucket list restaurant that is part of New Orleans dining culture.

Beth’s expert tip: Reservations are required at the Palace on Washington Ave.