“I like my money where I can see it – hanging in my closet,” quipped Sarah Jessica Parker as Carrie Bradshaw in Sex and the City. As the fashion capital of the U.S., New York City is in a league of its own, making it easy to make sure your wallet leaves a little lighter than when you came.

The question then isn’t what you’ll buy, but rather where. For those who love window shopping and spending major bucks, Fifth Avenue is a great place to start. You’ll find top name designers and high-brow window displays begging to be gawked at.

If you head south to Nolita (north of Little Italy) and roll your shopping experience into Soho, there’s no shortage of one-of-a-kind shops and cute boutiques to keep you busy for days. Or, if you’re looking to get a little quirkier, head across the Williamsburg Bridge to this hipster haven where you can pop into cheese shops, vintage stores and pick up a cup of joe at one of the many neighborhood cafes.

Below, we take a glimpse at ten of the top shopping districts in New York City.

Although Brooklyn and Manhattan were once pegged against each other, Brooklyn has slowly edged the island out and fully grabbed hold of the “cool” title. Extremely hip and fashionable, the streets of Williamsburg have an impressive array of street murals and art. Hipsters congregate here, whether they are composing a song in a trendy cafe or scouring flea markets and food bazaars. For vintage clothing or local independent stores, even Manhattanites have to admit that it is worth making it over to Brooklyn. Ignore the chains and try something different, like Desert Island, a must for any comic book nerd.

Recommended for Best Shopping because: It’s the new East Village and the streets are dotted with fun shops, cute cafes and low-key dive bars.

Courtney’s expert tip: On summer Saturdays, Smorgasburg takes over a parking lot near the water. It’s the perfect place to try some new noms. 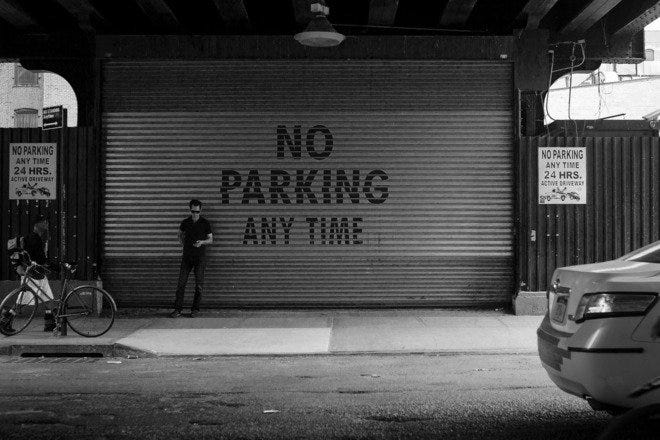 With a name like the Meatpacking District, it is somewhat surprising that this New York neighborhood is now a glamorous location. Once the headquarters of the meat industry, this area has been transformed completely (but former meat lockers and meat packers still remain). At the corner of Ninth Avenue and 14th Street, you’ll see the high tech Apple Store, mobbed day and night. The cobblestone streets are home to all the latest designer boutiques, Jeffrey, Stella McCartney, Catherine Malandrino. In addition, you will also find the hippest hotels and fantastic restaurants. Whether you are a fashionista or a foodie, the Meatpacking District has you covered.

Recommended for Best Shopping because: It’s a place to see and be seen. Models mob the streets and cool crowds are everywhere.

Courtney’s expert tip: To take in views of the city, grab a drink at Le Bain located at the top of the Standard Hotel.

10 fun online activities for kids to keep them entertained 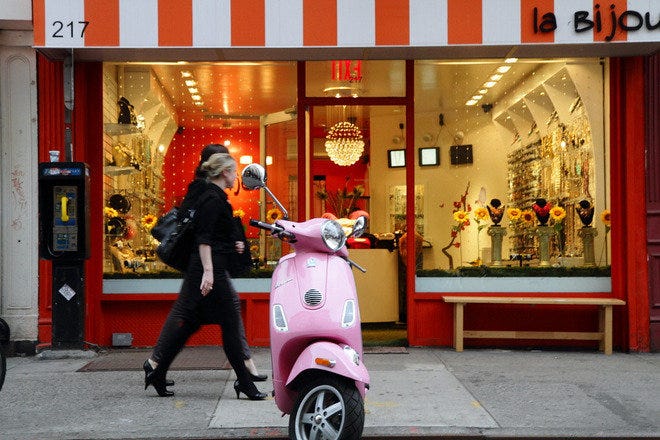 NoLita, (North of Little Italy), was once the tenement filled home base to thousands of immigrants who came to New York for a better life. Now, chic and super cool, the streets are filled with one-of-a-kind boutiques, shoe stores, jewelry vendors and quirky style setters of downtown. Artist driven boutiques are a joy for browsing or purchasing unique pieces that will add flair to any wardrobe. From socially responsible children’s clothing to thrift store jewels, NoLita is the rare combination of fashionable and friendly. Narrow streets are charmingly old-fashioned and ideal for people-watching in one of the many independent cafes.

Recommended for Best Shopping because: Unlike SoHo’s more commercial stores, NoLita is home to interesting boutiques and one-of-a-kind gems. 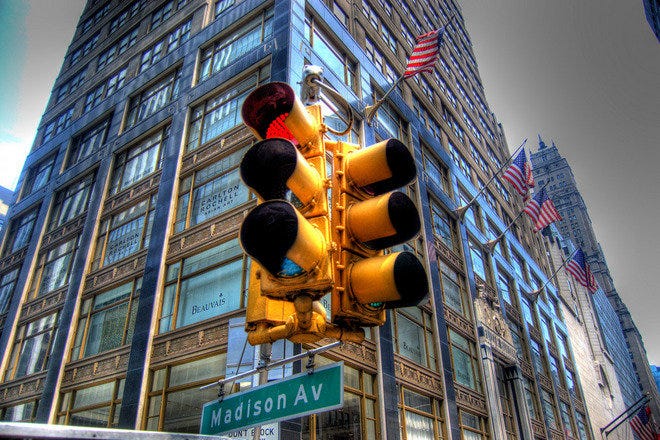 Madison Avenue from 59th street to the 90’s is home to Tom Ford, Giorgio Armani, Calvin Klein, Luca Luca, Hermes, Carolina Herrara and almost every high fashion designer. Hotels like the Mark, Pierre and the Carlyle, where major celebrities and other dignitaries stay, are super luxurious. Once synonymous with the New York advertising world, it is now just as recognized for its wealth and unparalleled shopping opportunities. Numerous art galleries and the Whitney Museum are an art lover’s dream. Outdoor cafes are plentiful and populated with the jet-set who lunch in between their spa and salon visits. You will see celebrities, as this is where they shop. Just look for the limo and driver outside Barney’s.

Recommended for Best Shopping because: Even more than Fifth Avenue, it’s home to the highest of the high brow shops in the city. 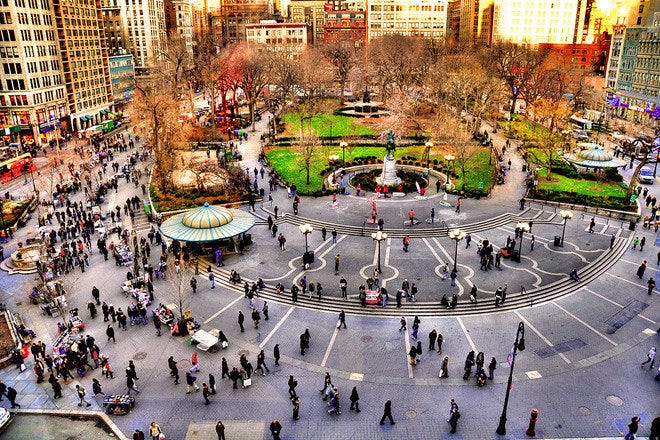 The historic intersection of Union Square is located where Broadway and the former Bowery Road came together in the early 19th century. It is now a mega shopping zone with everything from Whole Foods to Nordstrom Rack populating the area. During the holidays it is particularly lovely, with outdoor tents featuring all sorts of gifts, handmade soaps, scarves, and craft items. Home to the Greenmarket, Union Square is also where all the local, organic and fresh food and flowers are showcased on Mondays, Wednesdays, Fridays and Saturdays by New York farmers in an outdoor setting. Cozy coffee bars like Think Coffee are student favorites, as NYU is nearby. Many of the city’s finest restaurants are here, too including the recently re-opened Union Square Cafe, which now has a new home just a few blocks up on 19th Street.

Recommended for Best Shopping because: A central hub of NYC, it’s home to the city’s largest farmer’s market.

Courtney’s expert tip: Grab a blanket for a farmer’s market fueled picnic on the green space in the center of the park. 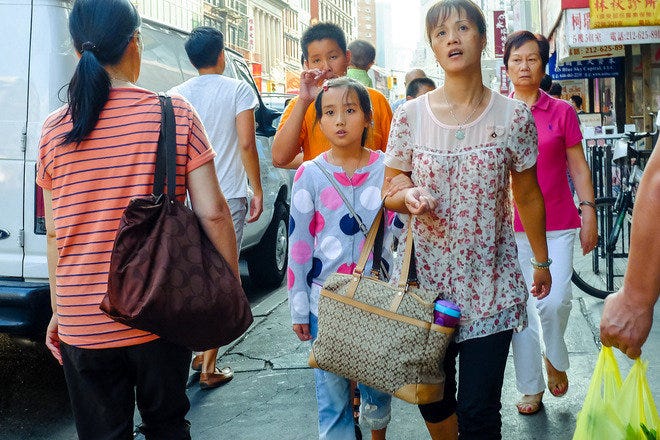 One of the most populated Chinatowns in the United States, NY’s is a dazzling trip into authenticity. In fact, New York has one of the largest ethnic Chinese population outside of Asia. The bustling, rough and tumble neighborhood spans for blocks and blocks, from Canal Street to City Hall. You’ll find roasted ducks in the windows, along with fruits and vegetables you’ve never seen before spilling out onto the streets. Acupuncturists, herbalists and other Chinese medicine specialists offer wonderful treatments to get the tension out of your shoulders caused by holding too many shopping bags. For more modern shopping, stop by Canal Street Market to peek at higher-end offerings from local artisans. And don’t forget to check out Yunhong Chopsticks Shop for a souvenir that will travel well and, according to Chinese tradition, spread happiness.

Recommended for Best Shopping because: It’s a symphony of stimuli: from the surging crowds on Canal Street to the medicine and spice stores dotting the side streets.

Courtney’s expert tip: Don’t be afraid to wander off Canal Street: there’s plenty of authentic goodies to be found in other areas of this neighborhood. 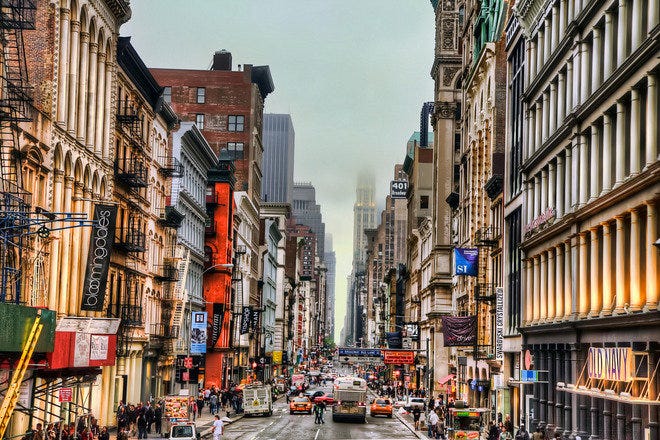 SoHo (short for South of Houston) was once home to New York’s many factories – from sewing to iron foundries and everything in between. Now, the warehouse buildings have all been converted to loft spaces used for chic (read: expensive) living, while down below an array of high fashion boutiques, shops, and trendy restaurants abound for the rest of us. You’ll find a branch of the Guggenheim Museum, a Bloomingdales, and even a Chanel boutique sprinkled between the Hollisters, H&Ms and Zaras of the streets. You could easily spend a day here wandering the cobblestone streets, stopping for lunch or a cocktail and, of course, shopping, shopping, shopping.

Recommended for Best Shopping because: Model-approved fashion trends and nearly every shopping outlet known to man: Soho is a hallmark of NYC’s shopping scene.

Courtney’s expert tip: If you can avoid SoHo on the weekends, you’ll save yourself a few headaches. 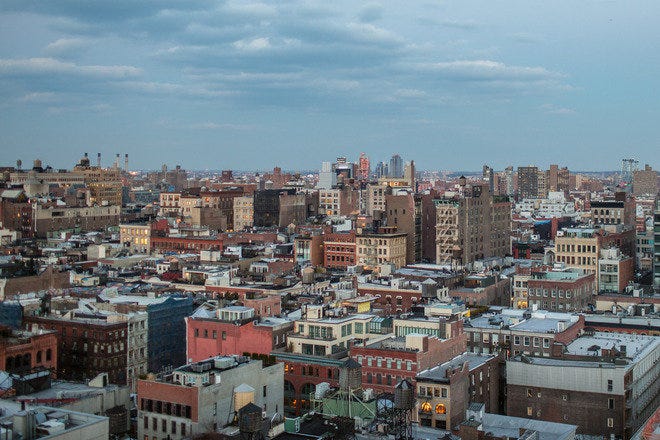 The Lower East Side was once one of the roughest neighborhoods in town, but it has been reborn into a haven for the trendy. Roughly located between the Bowery and the East River, and Canal Street and Houston Street, shopping in the LES has great bargains and indie boutiques, but stores that feature designers who design and sew their own creations are the norm. The unusual and unexpected is at home here. Home furnishings, jewelry, and of course, hip cafes and culinary experiences abound. You’ll find gourmet pastries, chic wine bars, and charming coffee cafes mixed in with the local residents still shopping in some of the old haunts like the authentic Jewish deli Russ & Daughters.

Courtney’s expert tip: Swing by one of the neighborhood’s cute coffeeshops to grab a great drop.

Read more about Lower East Side → 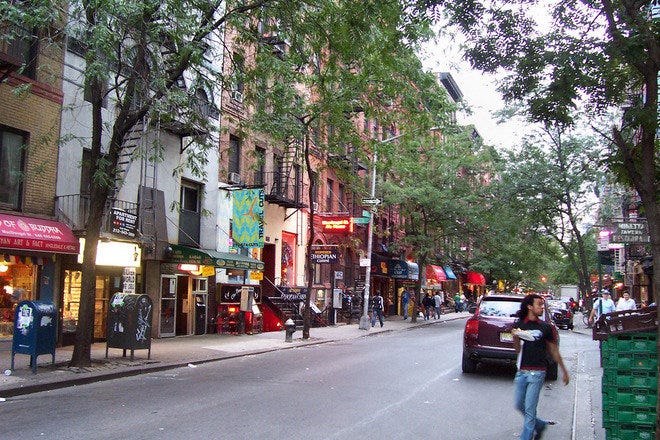 This legendary part of town is divided into east and west sections by 5th Avenue and bounded by Houston Street, 14th Street, the Hudson River, and Broadway. Stroll the streets, be inspired, be yourself: it’s Greenwich Village. Resulting from a rich 100-year history as a haven for the creative and rebellious, the “Village” carries a mystique all its own. Today, the area is too expensive for a typical starving artist, but the Village remains a wonderfully open, tolerant community for anyone hoping to explore individuality, talent, and thought. A strong gay presence adds character, and Bleecker Street is a music and shopping lover’s paradise.

Recommended for Best Shopping because: It’s smattered with quirky bookshops, record stores and specialty spots that are as unique as the neighborhood’s residents.

Courtney’s expert tip: Locals would never refer to this area as Greenwich Village. To sound “in the know,” refer to it as either the East Village or the West Village depending on where you are. 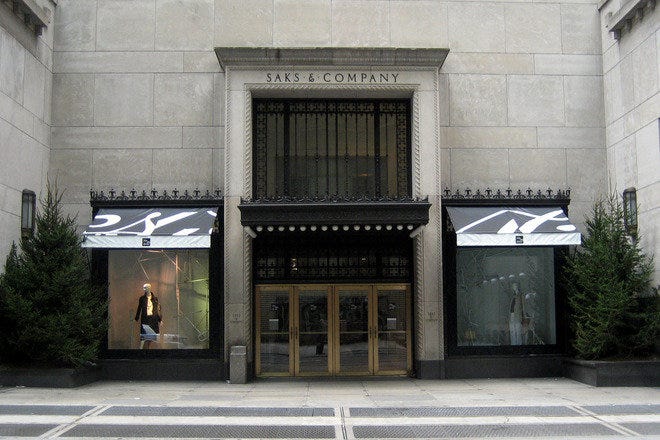 Fifth Avenue has been the epicenter of shopping elegance in New York for some time. Located between 39th and 60th Streets, Fifth Avenue is a must for any fashion-focused tourist. Start spending at Saks Fifth Avenue and work your way up to the super-chic Bergdorf Goodman. There’s a separate store exclusively for men across the street. Along the way, you’ll find Cartier, Van Cleef & Arpels, Harry Winston, DeBeers, and Tiffany’s where you can window shop to your heart’s content. Don’t miss St. Patrick’s Cathedral, and other grand churches, which are side by side to retailers like Gucci, Louis Vuitton, and Prada, all featuring the finest goods in the world.

Recommended for Best Shopping because: Featured in countless movies, it’s the high-end, haute couture shopping district of the world.

Courtney’s expert tip: During the holidays, many of the shops decorate their windows with elaborate, over-the-top displays.